Regina is a main protagonist of the horror series, Dino Crisis, appearing in Dino Crisis and Dino Crisis 2. She is an intelligence agent for the Secret Operation Raid Team and weapons expert, specializing in weapons maintenance. Her agility and cool judgment are her greatest strengths. As such, she is superior at running, evasion and ascending ladders. She is easily the most popular character from the Dino Crisis games.

She is voiced by Stephanie Morgenstern.

In the second game, Regina starts the game with a Desert Eagle handgun and a stungun, which immobilizes enemies. Other weapons must be purchased with extinction points garned from killing dinosaurs. They are as follows: 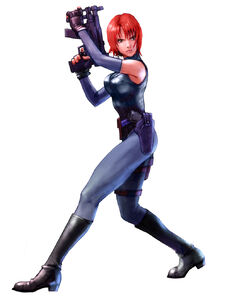 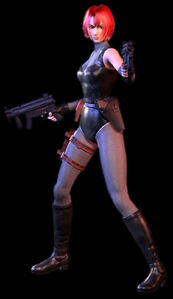 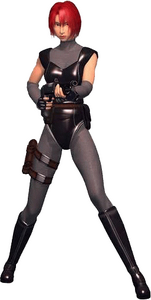