Once Upon A Time

Caring for her adoptive son Henry.

To get revenge on Snow White/Mary Margaret (formerly).

Regina Mills is one of the main protagonists of the TV series, Once Upon a Time. She was originally an antagonistic character, before later reforming. She is the daughter of Cora and Henry, the half-sister of Zelena, the stepmother of Snow White, the stepgrandmother of Emma Swan and Neal Nolan, the step great-grandmother and adoptive mother of Henry Mills, and the step great-great-grandmother and adoptive grandmother of Lucy. Regina's adoptive son, Henry, made her reform her ways and make the full transition from villain to hero.

She used to have the role of the Evil Queen from the fairytale, Snow White.

Regina was ruthless, cunning, and downright evil. She cared nothing for others, but (still) genuinely loves her adopted son Henry, and will do anything to keep him. She even killed her father, the last human being she cared for, to activate the curse. When someone she dislikes interferes with her life, she often manipulated the late sheriff Graham to arrest that person. She had control over everyone in the town, and almost every citizen was afraid of her, except for Henry, Mr. Gold and Emma.

From the second season, she has been a complex character, eventually becoming neutral and we saw that she had a sense of standards. This was shown when she knew that her mother's plan was too extreme and she became a frenemy of the Charmings.

From the third season, she became nicer, being compassionate and hoping for true love, which she found in Robin Hood. However, after the season 3 finale, she became more bitter to a point where she wants to rewrite the storybook, about villains having happy endings, but she didn't lose her role as an anti-heroine. By the end of season five, she had fully redeemed herself and became a hero when she split from the Evil Queen even but, even though she split she still had the darkness in her heart due to her still being connected to the Evil Queen.

As the Evil Queen and being taught magic by Rumpelstiltskin Regina became a very powerful and evil female sorceress.

She hoped that learning magic could teach her how to bring back her lover Daniel, who was killed by Cora, from the grave. This however ultimately fails and causes her to transform from sweet, innocent Regina into the vengful and murderous Evil Queen. 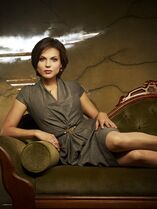 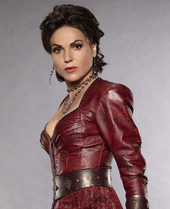 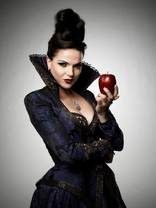 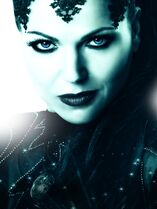 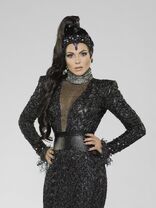