Looking for 'The Man with the Seven Scars'

Kill the 'Man with the Seven Scars' who abducted Airi (formerly with Kenshiro, succeeded with Jagi via Kenshiro)
Find and rescue Airi (Succeeded)
Kill Yuda (Succeeded)

Rei is the successor of the Nanto Suichō Ken (South Dipper Waterfowl Fist) style and is one of the Nanto Rokusei Ken, bearing the destiny of the "Star of Justice".

While away on training, his home village was attacked by a 'Man with Seven Scars' (who was actually Jagi posing as his brother Kenshiro), who killed Rei's parents and kidnapped his sister Airi. While searching for his sister's kidnapper, he met the real Kenshiro and Mamiya while working as a spy for the Fang Clan. Rei ends up betraying the Fang Clan and in retaliation, they track down and kidnap Airi. After his sister is rescued by Ken, Rei decides to repay him in any way possible by accompanying him in his journey. Rei decides to repay his debt to Kenshiro by challenging Raoh on Kenshiro's behalf, but is defeated.

However, Raoh does not kill him immediately, but instead strikes a pressure point that will cause all of Rei's blood to hemorrhage out of his body in three days. Rei decides to spend his last few days of his life by challenging his rival Yuda, who had tormented Mamiya in the past.

Rei manages to kill Yuda and retreats to a lonely cabin to die in peace. After his passing, Kenshiro cremates his body by burning down the cabin, swearing that he will honor Rei and keep his legend alive. 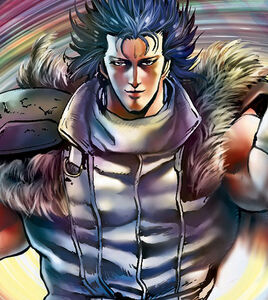 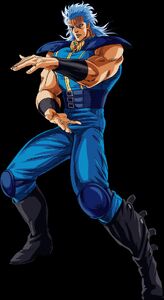 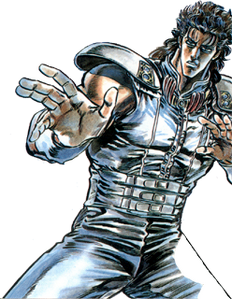 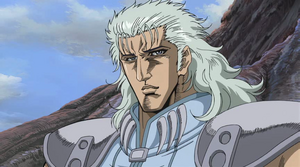 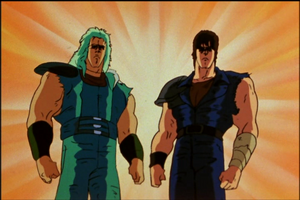 Rei teaming with Kenshiro
Add a photo to this gallery
Retrieved from "https://hero.fandom.com/wiki/Rei_(Fist_of_the_North_Star)?oldid=1579195"
Community content is available under CC-BY-SA unless otherwise noted.