Spanking Xiaomu if she gets out of hand

Defeat Meden Traore and the Oros Phlox, Defeat Saya and her group, Get back to his world (Project X Zone)

When young, Reiji was training to be a member of the secret organization Shinra like his father Shougo Arisu. Ten years ago, in Shibuya, Reiji tried to protect his father from Saya, and he got hit in the head and passed out. When he awoke, the battle was over and his father perished, believing that Saya killed him. The scar in his head pulsates when Saya is close.

Reiji is now a member of Shinra, which investigates disturbances in space and time called "fluxes". He is a no-nonsense, hot-blooded fighter who wields an array of pistols, shotguns, and swords.

After the events of Namco X Capcom, Reiji and his partner Xiaomu were still chasing Saya. After Saya had escaped to the Endless Frontier, he and Xiaomu decided to follow using the flux.

After arriving in Mirabilis castle, they had a run in with Haken and co. After Haken defeated the two, they both explained the events leading up to thier battle and what both groups were after.

Reiji and Xiaomu then teamed up with Haken not only to find a way back home but to bring Saya back home with them.

Reiji makes an appearance in Project X Zone. He is a playable character with his partner Xiaomu. He reappears as the male protagonist of Project X Zone 2.

An agent of "Shinra," a special unit directly affiliated with the government and created to deal with supernatural phenomena, monsters, and such. A practitioner of "Gogyo Sword Drawing," which involves the rapid drawing and then sheathing again of his swords, he fights using the flaming Japanese sword "Karin," the lightning-calling sword "Chirai," a shotgun called "Hollywood" and a magnum called "Gold." From this latest case onward, he has also started to use the ice blade "Sorin," previously used by his father. While both serious and collected, he is also strong-willed and passionate on the inside. The scar on his forehead was caused by Saya during the battle in which he lost his father. Afterwards, he occasionally grows frustrated and annoyed by Xiaomu's Happy-Go-Lucky attitude and threatens to spank her if her distasteful jokes gets way out of hand sometimes. 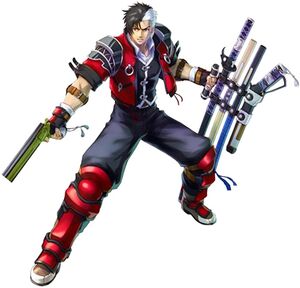 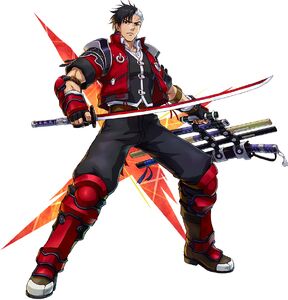 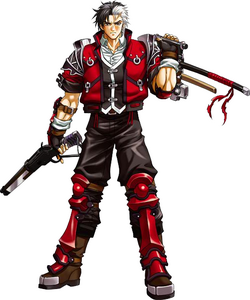 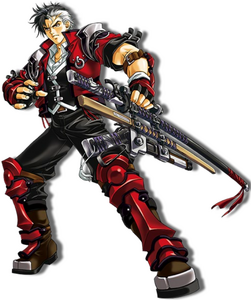 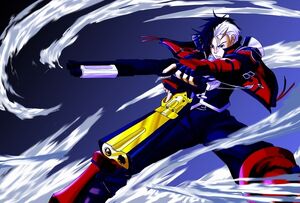