Looking after her little sisters

Rena is a minor protagonist in Dragalia Lost. She was introduced in the "Flames of Reflection" facility event along with her younger sister, Renee where they share the role of the main protagonist for said event alongside their middle sister, Ramona.

Rena has long pink hair with a gradient of orange with a golden clip and orange eyes. She wears a white shirt and a long pink skirt. Like her sisters, she also wears a blacksmith outfit.

The eldest of the three blacksmith sisters, and the smithy's de facto owner. Responsible despite her laid-back nature, she imbues mana into the forge's finished weapons, smiling warmly all the while.

When Rena and her sisters were children, they were raised by their father Regis. Their father taught them how to be blacksmiths with each sister developing an ability that proves useful in the craft. However, Regis falls sick one day, prompting the sisters to look after him. Despite their best efforts to cure him, Regis passes away, leaving Rena to take up the responsibility of looking after Ramona and Renee.

Later, the trio are visited by an old friend of their father's. A mercenary named Ranzal who brought Prince Euden with him to help get some weapons needed for facing the Dyrenell Empire. Although the sisters are hesitant at first due to not wanting to cross the Empire out of fear of getting shut down, they are quick to accept helping Euden when they hear about him planning to build a smithy in the Halidom. With this, the sisters, move their blacksmith operations to the Halidom, all while making sure to bring the statue of their bear mascot Arctos. 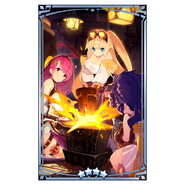 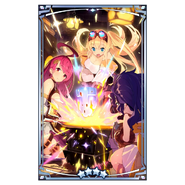 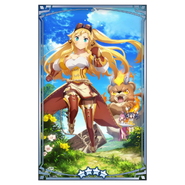 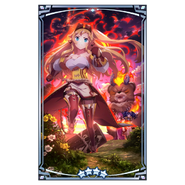 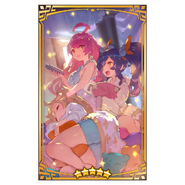 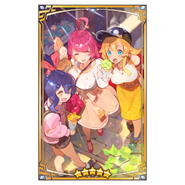