Renet Tilley is a supporting protagonist in the 2012 TV Series, Teenage Mutant Ninja Turtles. She is a 16-year-old Time Traveler and an ally of the Turtles. She is also Michelangelo's love interest.

She is voiced by Ashley Johnson, who also voices Ellie in the (The Last of Us), and Terra in (Teen Titans 2003), Jinmay and Gwen Tennyson.

Tale of the Yokai

She returns after searching for the Turtles for six months. She then explains that the Time Scepter sent them to Japan in order to ensure Splinter's survival. She then brings them back to their own time in New York City and says her goodbyes to them as she enters and disappears into a portal. 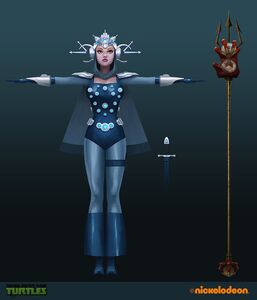 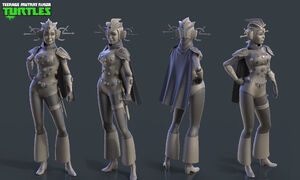 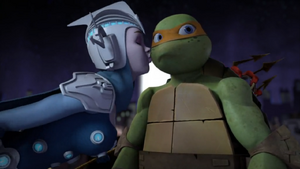