Parody/Homage
Reptar is a dinosaur character from the Rugrats media. He is one of Tommy Pickles' and most of the other Rugrats' favorite heroes.

Reptar is a green Godzilla-like dinosaur with blue spike-like appendages on his back, red eyes and a purple tongue.

Reptar is known as a hero who saves the world, and sometimes known as a destructive character, depends on how he has been portrayed. The babies and some adults view him as a hero, such as at the medieval fair, the Reptar actor stopped Stu's wildly controlled robotic dragon. 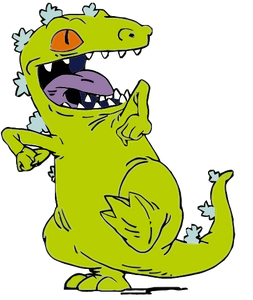 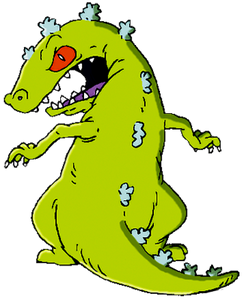 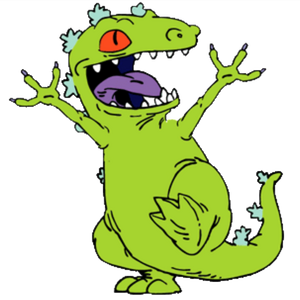 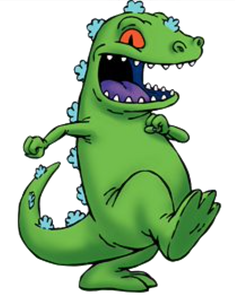 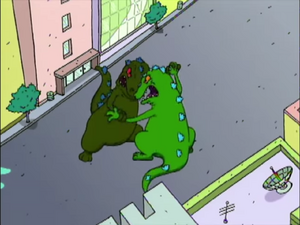 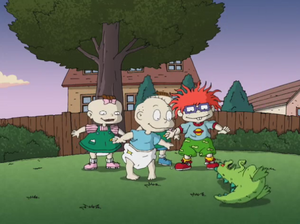 All Grown Up Reptar Phill Lil Chuckie and Tommy 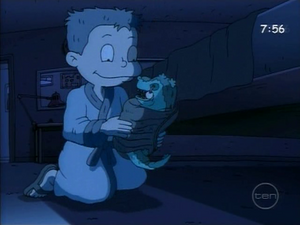 All Grown Up Reptar 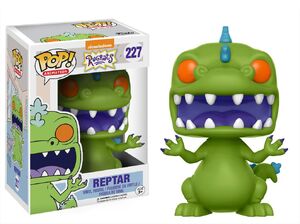 Reptar's Funko Pop
Add a photo to this gallery

Retrieved from "https://hero.fandom.com/wiki/Reptar?oldid=2115731"
Community content is available under CC-BY-SA unless otherwise noted.