Bring the Saurian race back to its former glory.

Syzoth (nicknamed "Reptile") is a reptilian warrior from a destroyed realm called Zaterra and an anti-hero/anti-villain from the Mortal Kombat series of fighting games. His main goal is to resurrect his race, The Zaterrans.

Reptile's appearance is always mutating due to been moved along from his homeland, going from a humanoid green ninja to an humanoid repitle.

Reptile can be described by one word: Tragic, He is somewhat incompetent and honorable, accepting deals from others and aways paying with gratitude, He harbors a great hatred towards Shao Kahn for exterminating his race, But also he does show some kindness towards others, Particularly Kotal Kahn.

Reptile is loyal and is respectful to his allies, even towards Shao Kahn, even though the emperor only used Reptile and his race to benefit himself. Reptile also enjoys striking fear into his enemies, and he doesn't like weakness or cowardice.

He likes the new rules and laws of Outworld that were created by Kotal Kahn far better then Shao Kahn and Onaga's rules because the changes now help all Outworlders. 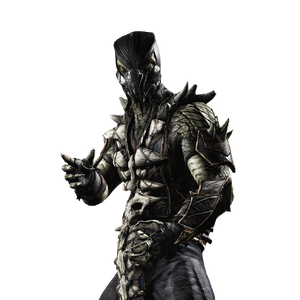