Captain Restsu Unohana of the Gotei 13/Thirteen Court Guard Squad is a Death God/Soul Reaper in Tite Kubo's manga Bleach and the follow-up anime. Unohana's squad are the court's healers for the Soul Society and Unohana herself is the foremost authority on medical care and Kido (magic) use. Unohana is also the single most feared Soul Reaper in the entire Soul Society.

As captain of Squad 4 Unohana is the main healer and medical examiner for the 13 Court Guard Squads, this becomes of particular import when she is asked to examine the body of fellow Captain Sōsuke Aizen, in the manga's Soul Society story arc. Though all apparent signs pointed to Sōsuke Aizen being dead Unohana found the details of the corpse highly suspect and seeming too perfectly killed. While the rest of the Soul Society was plunged into chaos from conflicting orders and illogically immoral commands, Unohana followed-up her suspicions about Aizen's death in-between meetings from Captain Yamamoto to trace down spiritual fluctuations which lead her to a still very much alive Sōsuke Aizen. Upon seeing Aizen Unohana was able to piece together what had happened in conjunction with her examination. Aizen had somehow managed to use his Bankai, a technique which allowed him to completely fool the senses of those under it's influence and was using his apparent death to set a con up from behind the scenes by killing the Spirit Council and sending out false orders on their behalf to step-up the execution of Rukia Kuchiki, as orders from the Council were considered unquestionable by the Thirteen Court Guard Squads. Aizen applauded Unohana's cleaver mind since even though her senses were fooled like all other Captains she was still wise enough to question a seemingly perfectly executed and untraceable death. Aizen then admitted what Unohana had pieced together was true and added that he had manged to establish his Bankai's influence over the 13 Squad Captain long ago in a demonstration of it's powers and that upon watching it's release the Captains' perceptions became completely subject to his will. Though Aizen's schemes were still in effect and Unohana was ready to set off the alarm alerting the other Soul Reapers Aizen still ran when confronted by Unohana, because for all his cunning, power and ambition Aizen still feared Unohana for dear life. Unohana

originally left her second in command Isane Kotetsu, to sound the alarm while she chased Aizen but was delayed, protecting her lieutenant, Isane, from Aizen's allies Gin Ichimaru and Kaname Tōsen. Unohana was able to put a halt the chaos infecting the Thirteen Court Guard Squads by exposing the otherwise ironclad orders, which had divided loyalties in light of their unreasonable nature, by uniting the waring factions under the sole purpose of stopping Aizen. Ultimately Aizen was stopped neither by Byakuya Kuchiki nor by Ichigo Kurosaki but used what remaining opportunity he had to carve out his prized Hōgyoku from it's hiding place in Rukia's body before the likes of Unohana or Yamamoto could arrive to stop him. Once he had the Hōgyoku Aizen escaped with the help of the demonic Hollows, sworn enemies of the Soul Society of which he was apparently in control of. Following Aizen's escape the Soul Society focused on rebuilding it's destroyed infrastructure ready to hunt down AIzen once repaired. Unohana spent the time healing the critically injured.

During the manga's Hueco Mundo arc Ichigo and his friends penetrate the dark realm of Hueco Mundo, heart of the Hollows' inner territory reforged into a powerful fortress under Aizen's leadership. Unohana is one of the Captains sent to help back up Ichigo along with Captain Byakuya Kuchiki and Captain Kenpachi Zaraki. While Kenpachi and Byakuya were dispatched as search and destroy squads for Aizen, Unohana was there purely in a healing capacity and not to shed blood...unless anyone interfered with her mission as she made it very clear. Even Aizen's roaming death squad the Exequias and their leader Rudbornn Chelute decided it was better to run and let Unohana go about her healing duties rather than engage her in battle. Aizen seals Hueco Mundo however, knowing that Ichigo and the best three captains the Soul Society could spare were inside and then leaves to confront the remaining Captains with his Espada. With Unohana's help Ichigo is able to break out of the sealed Hueco Mundo in time to confront Aizen before he finishes off the 13 Court Guard, Unohana however refused to participate in the fight herself for fear Aizen could use his hold over her mid-battle to trick her into attacking her allies before she could work out the trick. Unohana's fears turned out to be well placed as Aizen had several such tricks to immobilize the Captais who did participate leaving Ichigo as the only Captain level Soul Reaper not present for AIzen's Bankai release and thus the only one unaffected by his illusions.

Unohana's demeanour is intentionally sweet and kind and despite this the manga made something of a running gag out of how feared she was. A mere faded smile from Unohana can reduce otherwise inconsiderate bullies to wimpering cowards. Eventually this is touched upon when it is revealed that Retsu Unohana was once Yachiru Unohana Kenpachi the original holder of the title "The Undefeated" as the most brutal and pitiless swords-master in the history of the Soul Society. Unohana retired though out of guilt after breaking the spirit of a young Zaraki who became obsessed with beating her and claiming the title or "Kenpachi" as his own; It should be noted that Unohana has never displayed any guilt for her brutal past just that her status permanently warped the only fighter she ever considered a worthy adversary. Though retired and remorseful for her previous life as a hardened killer Unohana can easily drop her caring and motherly persona at a moment's notice to re-visit her default as a hardened and merciless sociopath. 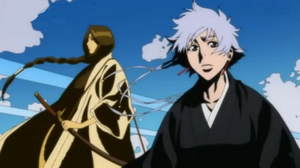 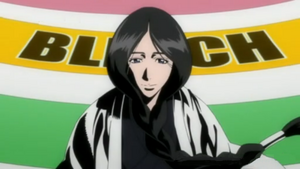 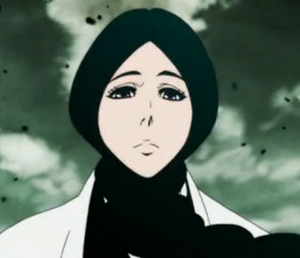 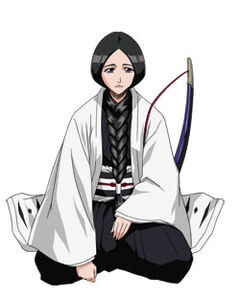 Retrieved from "https://hero.fandom.com/wiki/Retsu_Unohana?oldid=2155835"
Community content is available under CC-BY-SA unless otherwise noted.