Revan, a legendary Jedi Master and Prodigal Knight, also known as the Revanchist and formally identified as the infamous Sith Lord Darth Revan, was a Jedi Knight who led the Republic to victory against the Mandalorian Neo-Crusaders during the Mandalorian Wars, only to succumb to the Dark Side during the war after developing an ends-justify-the-means philosophy and also delving into Sith secrets on Korriban and Malachor V.

Tracking down the ancient Star Maps, Revan discovered the space station known as the Star Forge. Though he became a feared and ruthless Sith Lord, Revan lost his memories after nearly being killed by his traitorous apprentice Malak.

Knights of the Old Republic

Given a new identity by the Jedi Order, the amnesiac Revan was re-trained in the ways of the Force and alongside several friends and allies re-located the Star Maps and from there confronted Darth Malak on the Star Forge. By the time this happened, Revan had regained his memories but was still true to the Light Side. Dueling Darth Malak, he slew him and led the Republic and the Jedi to victory against the Sith Empire he himself had founded.

Knights of the Old Republic II: The Sith Lords

While Revan is only generally mentioned throughout the second game, he appears as a flashback to the game's main protagonist, Meetra Surik.

For a time Revan was able to retire and live with his wife Bastila Shan, before lingering nightmares of a world he visited during his fall to the Dark Side drove him to seek out the source.

Confronting Sith Emperor Vitiate he was betrayed and imprisoned for 300 years. By the time he escaped he was defeated by an Imperial strike team sent by the Empire, but Revan vanished in a flash of violet energy, his ultimate fate remains unknown. 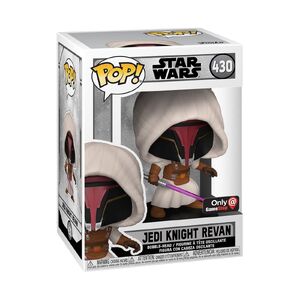 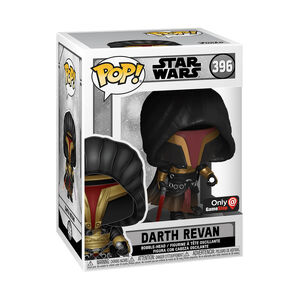