Wallace and Gromit the Curse of the Were Rabbit

To win the Vegetable Competition (failed)

Reverend Clement Hedges also known as The Vicar is a secondary character in the stop motion film Wallace and Gromit the Curse of the Were Rabbit. Vicar is the head priest of St George's church and one of the many contestants entering Lady Tottington's giant vegetable competition.

Vicar is an elderly man with pale white skin big round nose a white afro hair and wrinkles on the top of his forehead. He wears green clothing underneath his grey dress a rope around his wrist and grey shoes.

He appears at the church claiming the Wererabbit ere to punish people for his sins, even though the Wererabbit is a herbivore and does not attack humans. However, he plausibly did not know that at that point.

Victor Quartermaine requests him to help provide him with golden bullets, as they are the one thing that can kill the Wererabbit. He provides Quartermaine with three bullets. 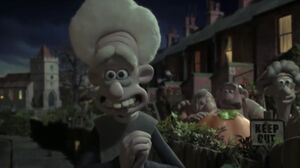 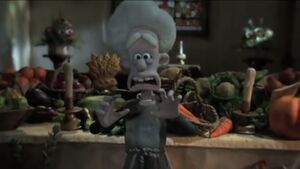 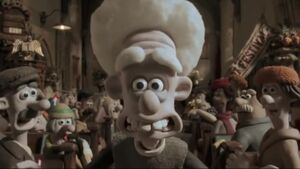 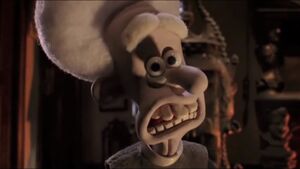 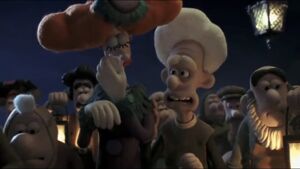 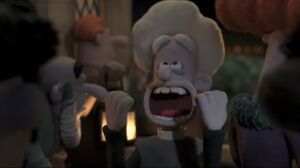 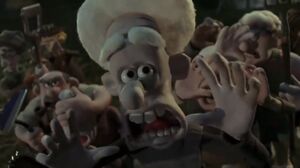 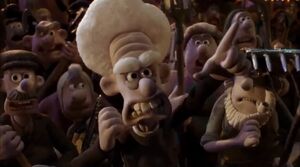 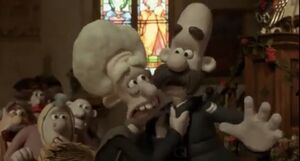 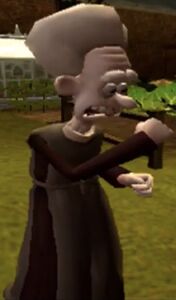 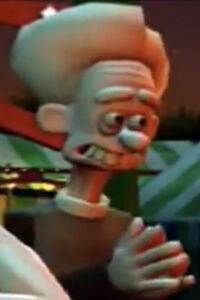 Though he is a hero, he helps Victor Quartermaine kill the Wererabbit. However, unlike Victor, he does not know Wallace and the Wererabbit are the same person.