Playing and bonding with his family

Protect and free the country from excessive corruption and crime. (all succeeded, throughout the series)

Ricardo "Cardo" Dalisay, or simply known as Cardo Dalisay, is the main protagonist of 2015 longest running action crime drama Philippine television series, FPJ's Ang Probinsyano. He is the twin brother of no longer living Ador Borja De Leon, he serves as a minor protagonist until he was shot & killed by a treacherous policeman Joaquin Tuazon in the fourth episode before Cardo was the main protagonist of entire series.

The twins used to live together in their young days, but due to financial reasons, they were separated from each other. The differences of them is that Cardo is a brave SAF trooper whereas Ador is a noble policeman in (Philippine National Police (PNP). Although Cardo is interested on becoming a PNP cop like Ador. Their lives suffered a big turn when Ador was killed during a human-trafficking operation by a cop traitor named Joaquin Tuazon. Later on his career he tackled various cases. even becomes a traffic enforcer, drug,

He is portrayed by Coco Martin who also played Juan Dela Cruz in the television series of the same name. As teen Cardo played by, Nash Aguas and As young Cardo played by Filipino child actor, Izzy Canillo.

Cardo is a well-spirited individual who attempts to protect the society from law breaking corruptions from various types of criminals, such as drug addicts, human-trafficking syndicates, gamblers, dog butchers, and more. He tends to punish villainous criminals by brute force but usually refuses to kill them, only if the rule-breakers stop fighting and surrender.

When he is in extreme trouble, no matter how difficult it is, he is still willing to sacrifice himself to accomplish a particular mission. Especially when a person's life is in risk, he will try to save him or her, even though he or she has sympathetic qualities.

He also cares very much for his family and has shown good interaction with his adopted children, even enrolling them in school to study. Cardo prominently cares for Alyana Arevalo-Dalisay; when she asks for something, he will often accomplish it. The only exception is that does not wish to be home yet until he has avenged his son Ricky Boy's death, by re-joining the SAF.

He leads the Vigilante Group called Vendetta. along with his allies from the Prison, Pulang Araw, General Olegario, His Superior/Grandfather Delfin, his wife Alyana and Now the President of the Philippines Oscar Hidalgo. Which he leads later on after the death of Romulo Dumaguit.

Cardo managed to reunite with his family and avenged with the deaths of Lucas Cabrera, Don Emilio, Brandon Cabrera, Homer Adlawan. After they succeed their mission, with the persuasion of his Grandmother and Oscar, Vendetta and Cardo along with Vendetta surrendered. He's charged with Rebellion, later He along with Vendetta received presidential pardon from Oscar Hidalgo. later he returns back to service as a member of a Special Task force organized by the President. 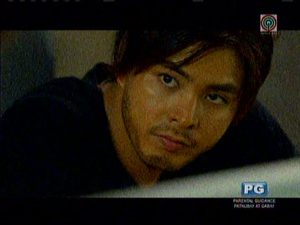 Cardo on his SAF days. 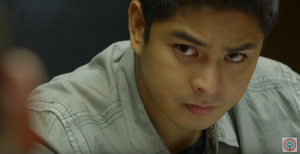 Cardo with a leather jacket. 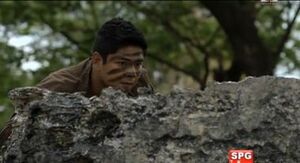 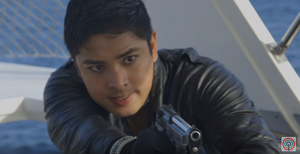 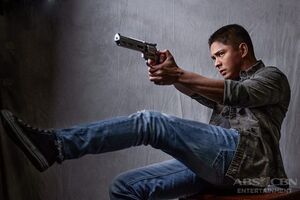