Reedemed Tiger
Richard Parker is the deuteragonist of the movie and book Life of Pi. He is a Bengal tiger who is trapped for months on a lifeboat with Pi Patel. Pi prevents Richard Parker from eating him by training the tiger to fear and depend on him, and eventually they develop a sort of companionship.

Richard Parker first started as a ferocious tiger with his wild personality under the work for his human masters. However, he was a little bit scared of the disasters. During the riding time in the destroyed big ship, he easily enjoyed a happy and carefree life. When the ship was destroyed, all of the people in the ship, except Pi, are dead. He and Pi were left alone. 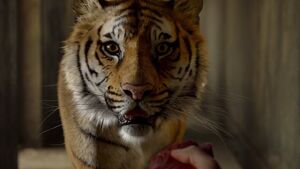 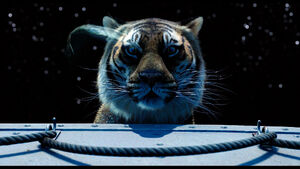 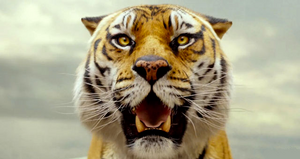 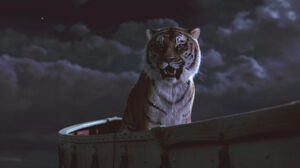 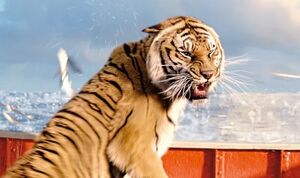 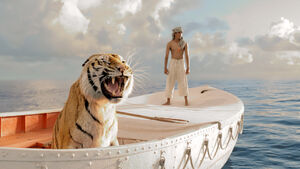 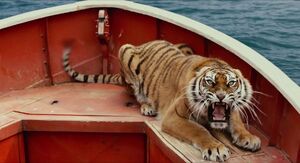 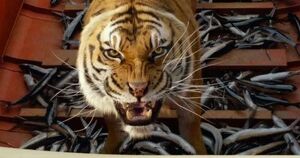 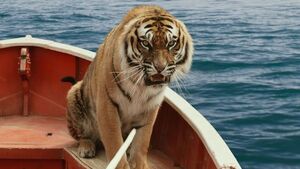 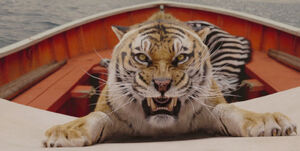 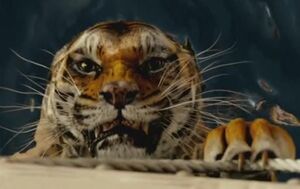 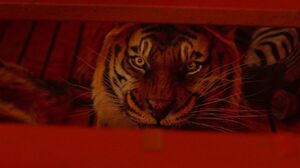 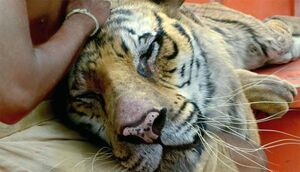 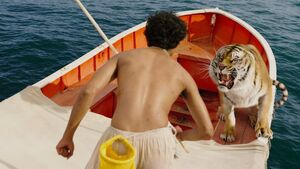 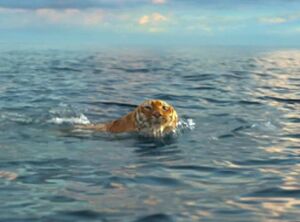 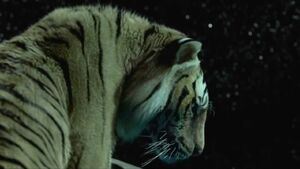