Will avenge the death of those who where killed by Dracula's legions and save others who where captured by them (succeeded).

Richter Belmont is the main protagonist of Castlevania: Rondo Of Blood. He is a part of the Belmont clan, a chosen clan to defeat Dracula.

When Dracula and The Dark Priest Shaft invaded Annette and Maria's home town Richter Belmont decided to hurry to that town, but during his way the town he gets attacked by Death. However he survives Death and Confronts him,when he enters the town the town is on fire. Later Richter saves Maria Renard from Shaft dark magical levitation seal. He continues with his journey to save Annette and other girls. Again he meets death and defeats him again on a haunted ship. He later Saves Annette, confronts Shaft and Dracula. 4 years later Richter vanished, and Maria and later even Alucard starts to search after him. However when Alucard finds Richter, something is wrong with Richter. Richter is Possessed by Shaft, who is now a ghost. Later gets Richter saved and freed from his Possession by Alucard.

Richter was announced as an Echo fighter of Simon Belmont, although both take inspiration of each other. Richter is classified as fighter #66ε. He, like Simon, has poor mobility overall, but this is compensated by the fact that he is a zoner, having incredibly powerful ranged attacks. His whip, the Vampire Killer, is a strong and ranged weapon, alongiside his axe, cross and holy water, make for a dangerous distanced foe. 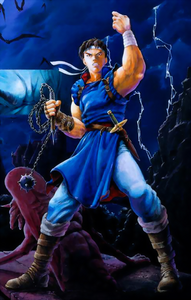 Richter Belmont as seen in Rondo of Blood and Dracula X 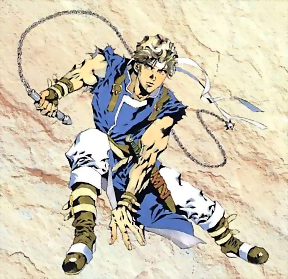 Richter Belmont as seen in the SNES version of Dracula X

Richter Belmont as seen in Symphony of the Night 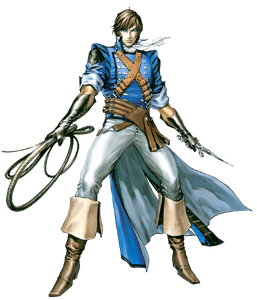 Richter Belmont as seen in The Dracula X Chronicles 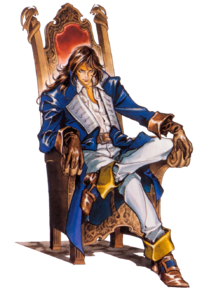 Richter Belmont as Lord of Castlevania while under Shaft's Control 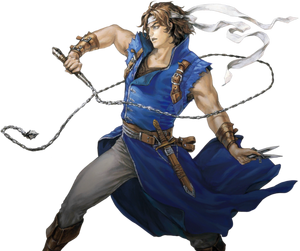 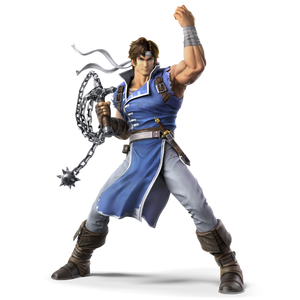 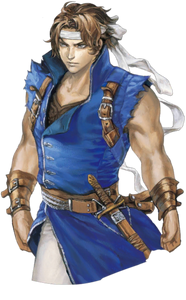 Richter Belmont's Artwork from Castlevania: Grimoire of Souls
Add a photo to this gallery 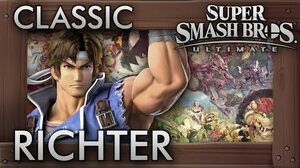 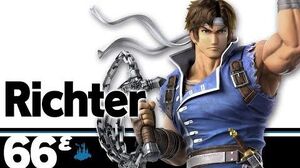 Retrieved from "https://hero.fandom.com/wiki/Richter_Belmont?oldid=2284238"
Community content is available under CC-BY-SA unless otherwise noted.