Stop Dave and his invasion.

Turn back the mutant penguins (both succeeded).

He is voiced by Conrad Vernon in the movie, who also voiced Mason in the same franchise, and John DiMaggio in the games and the TV series.

Rico does not really talk much. He originally was like the other penguins in Skipper's group (except for blue-green eyes), but the creators later gave him a Mohawk and a scar on his left cheek. Skipper describes him as a "world-class psychopath." Rico appears to be not merely particularly psychotic, but also mentally deficient. In "Friend in a Box" Kowalski points a mind-reading device at him which, while functioning for everybody else, picks up only the word "Fish" being thought by Rico.

He mostly communicates with various grunts, squeals, babbling, mumbling and gibberish, (though his language seems to have improved by the second season, as he is able to speak short fragments such as "Allow me" and "You're the King") and has displayed a fondness for a plastic doll toy. He's the team's weapons expert and his main function is to regurgitate any necessary tools that Skipper may need for a mission (Despite the fact that many of the things he regurgitates are apparently too large for him to have swallowed in the first place, as well as some of them, such as a payphone, being at least the same size as Rico himself). He's very fond of explosives, and his answer to problems would always be "Kaboom!", if Skipper did not hinder him to blow up a stick of dynamite.

In one notable episode, "All Choked Up", the penguins attempt to destroy a robotic zoo guide that has recently been installed, assuming that they will be replaced by robotic animals. Rico eventually regurgitates a time bomb that Skipper then activates. Meanwhile, Alice, upon noticing that Rico is constantly regurgitating, forces him to drink a liquid medicine as a remedy. The penguins then must try to get him to regurgitate the bomb before it explodes inside Rico. Among the many substances Rico ingests to induce vomiting is a combination of monkey feces, raw eggs, and other undesirable substances, which causes a loud rumbling in his abdomen which helps, in the end, Rico finally regurgitating Mort and the bomb. Mort is uninjured but the bomb lands in the robotic zookeeper's hands, and explodes, destroying the robot.

It is revealed that Rico has little tolerance for "mushy" stuff, and often becomes sick when Private gets overly emotional and "lovey-dovey" about something. On the other hand he seems to be the second most emotional penguin next to Private and is deeply in love with a doll called Ms. Perky. Another characteristic of Rico is that he might be incredibly superstitious, as, after receiving a rather dismal sounding fortune in a fortune cookie, Rico was a victim of pranks by King Julien who was trying to prove he was right. Even after revealing that Julien was behind the accidents, Rico still needed to have him "take away the curse." He is also insanely skilled with knives and bladed objects, able to make sashimi or carve a Christmas tree from ice in a matter of seconds and destroy bowling pins with a chainsaw while blindfolded.

Rico appears to have outstanding opera voice when excited (as seen in episode "Go Fish").

Rico reappears in Madagascar 3 and the 2014 movie Penguins of Madagascar as a supporting character. 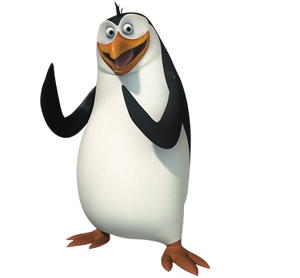 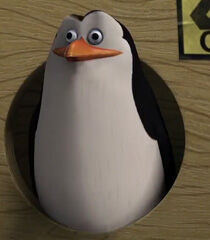 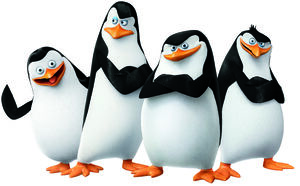 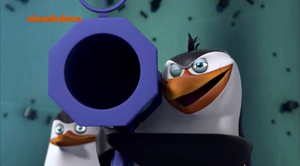 Rico with a bazooka. 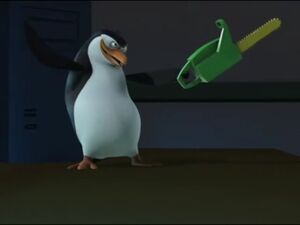 Rico with a chainsaw. 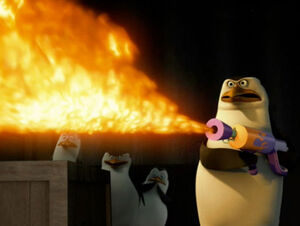 Rico with a flamethrower. 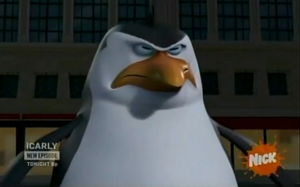 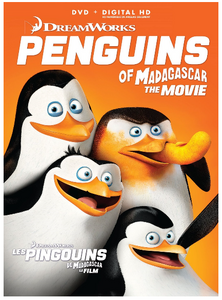 Rico and his brothers on the 2016 DVD of Penguins of Madagascar. 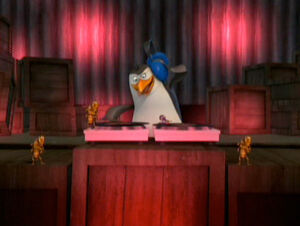 Rico betting with the cockroaches. 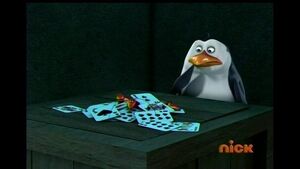 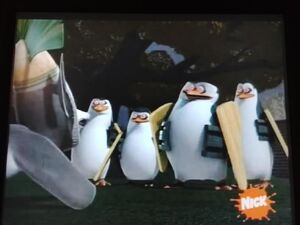 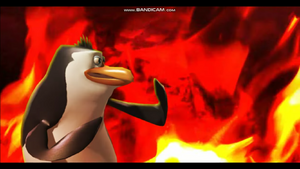 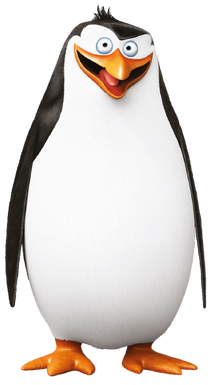 Retrieved from "https://hero.fandom.com/wiki/Rico_(Madagascar)?oldid=2283250"
Community content is available under CC-BY-SA unless otherwise noted.