Pay off his debt

No information
Riki is a main character and one of the seven playable characters (alongside Shulk, Reyn, Dunban, Fiora, Sharla and Melia Antiqua) in the video game Xenoblade Chonicles. He is a member of the mercantile Nopon race and the latest chosen Heropon. Although he looks like a child, he is actually 40 years old and has a wife and at least six children. A natural story-teller, he will go on at length about how he is actually a legendary hero spoken of in Nopon prophecy. He seems to eat a lot despite his small size, a trait shared by his children, and he accompanies Shulk and the group as a way to pay off the heavy debts that have arisen from this. Ironically, despite being the 'mascot' of the group, he considers the others his sidekicks.

He is voiced by Yuki Kaida in the Japanese version and Wayne Forrester in the English version.

Riki, despite being 40 years old, is still a child at heart. He is always cheerful even during tough battles and will encourage his friends to keep on fighting. Riki is egotistical, always taking credit for major battles despite his friends mostly doing the hard work for him. 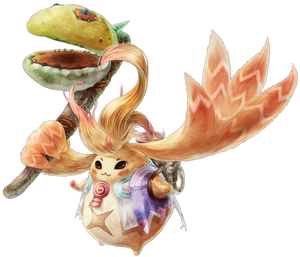 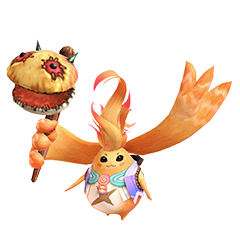 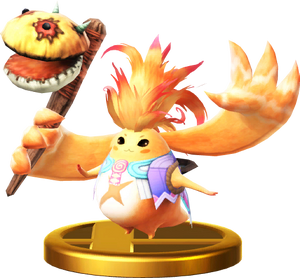 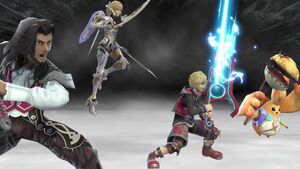