To protect humans and youkais

Rikuo Nura (奴良 リクオ, Nura Rikuo) is the main protagonist of the Nura Rise of Yokai Clan series. He is the son of Rihan Nura and the grandson of Nurarihyon. He is Human by ¾ of his blood and a Yōkai by the other ¼ and is the third and current head of the Nura Clan. He is a class celebrity and a good guy due to his volunteering on odd jobs and favors for everyone.

He is voiced by Jun Fukuyama in the Japanese Version.

Due to having yōkai blood in his lineage, Rikuo has two forms: one in which he takes a human form, and another where his yōkai blood takes over and he becomes a full yōkai. The former is frequently called his "Day" form, whereas the latter is called his "Night" form, as originally he was only able to maintain it during darkness.

In human form, Rikuo appears as a teenage boy with brown eyes, except that his hair is brown within the top half and dark brown within the bottom half (Saori describes it as "reverse pudding"). Even though his eyesight is perfect, he always wears glasses. Often, he is seen in his school uniform worn over a red sweater with running shoes, especially in public. Otherwise, he wears only his red sweater and khaki pants instead of the black pants in his school uniform.

Within the Nura House only, he can also be seen wearing a replication of Nurarihyon's past outfit: a cloak over a black kimono with traditional Japanese sandals (zōri), only Rikuo's cloak is blue instead of red.

Rikuo's yōkai blood normally awakens at night time, during which he undergoes a drastic transformation. In his yōkai form, Rikuo is significantly taller and older-looking, compared to his human form. His eyes narrow and turn red. His hair grows long, he loses his glasses and his voice deepens. His appearance resembles that of Nurarihyon and Rihan in that his hair is long and protrudes out the back of his head. Like Nurarihyon, the top half of his hair is white while the bottom half of his hair is black. Always, his yōkai form is seen with a blue cloak over a black kimono zōri. Midway through transforming into his yōkai form, Rikuo temporarily retains his human form's outfit. His hair grows longer and turns black and white, although not as long as his fully transformed form. He also appears taller than his human form, but still shorter than his full yōkai form.

His Day Form (Human) is seemingly weak but very clever, easily manipulating one of the council members into isolating himself during a meeting and rationalizing against the dissolution of the Gyūki Group. Originally he couldn't remember things he did as his "Night" form, but he later is able to remember and he decides to form a own "Hyakki Yakō". His Night Form (yōkai) is confident, strong and inspires "Fear" amongst his allies, leading many to join him. He handle the human side of things with his "Day" form and handle the yōkai-side with his yōkai form. While normally calm, reserved and in control, Rikuo can exhibit merciless conviction when in the presence of anyone whose beliefs challenge his, making him very dangerous once provoked. After losing a fight to his grandfather, he is taken to the yōkai village of Toono to train and finally learns what type of demon he is, thus gaining stronger abilities. He has departed for Kyoto to face Hagoromo Gitsune, save Yura and avenge his father. He seems to get stronger when his "Day" and "Night" blood mix. Although more laid back than his human form, presumably because of his yokai power, he exhibits a more serious face as compared to his father and grandfather in their prime. 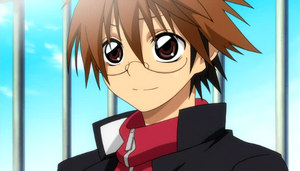 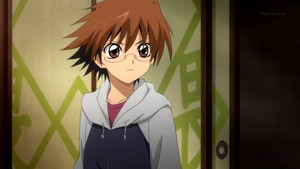 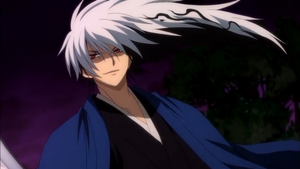 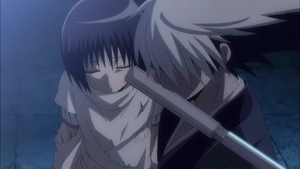 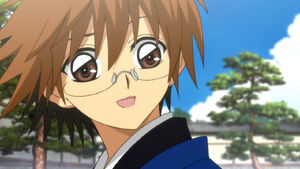 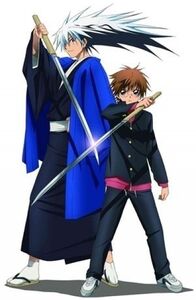 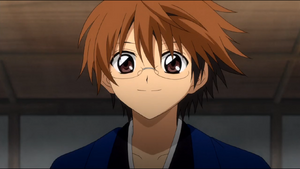 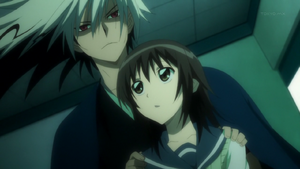 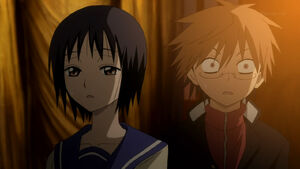 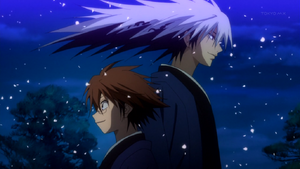 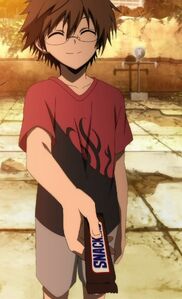 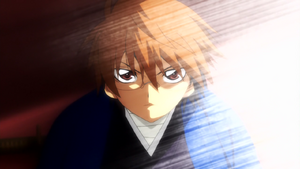