Koga and his wolves (formerly)
Naraku
The Band of Seven

Rin is a supporting character in the anime/manga series Inuyasha. She is a little girl whose family were killed by bandits, a traumatic experience that left her mute. She was killed by underlings of the wolf-demon Kōga and resurrected by the Great Dog Demon Sesshōmaru. After her resurrection, she was able to talk again. Notably, she was the first person ever to revived by Sesshōmaru using the Tenseiga. She is also the main reason for Sesshōmaru's revert to the good side and the two eventually form a very strong bond. Years later, she marries him and they have two twin daughters, Setsuna and Towa Higurashi.

Rin was just an ordinary little girl, until witnessing her parents and brothers being slaughtered by bandits. This traumatic event had not only caused her to fear humans, but made her lose her voice (becoming mute). Afterwards, she was taken in by the people in her village, although they never understood her strange behavior and acted harshly towards her, even during such instances, she still remained submissive and unresonsive.

Rin is a very simple and innocent little girl who believed that life was something to be treasured. Prior to meeting Sesshōmaru and joining him, Rin lived all alone and was a mute. However, she still had a strong enough heart to aid the mysterious daiyōkai when she found him in the forest. Her efforts were not asked for, nor were they particularly welcome, but she was determined to help him. Since being revived by Sesshōmaru's Tenseiga, Rin has always appeared to be happy. She constantly showed that she had a very free spirit. She enjoyed making up songs, often about Sesshōmaru and Jaken, and would often sing when she was alone (or with A-Un), waiting for their return.

She would innocently approach friends or foes due to her childlike curiosity. Rin's gentle heart gave her the strength to always trust in people's good intentions, so she did not bear a grudge towards anyone who wronged her. As in the case with Kagura, Rin went so far as to risk her own life by entering a river with a strong current to rescue her, despite the fact that Kagura had kidnapped Rin in the past. Her willingness to go to great lengths for those she holds dear was witnessed by the hanyō Jinenji, who compared her strength to that of the miko Kagome.

Due to witnessing the savage murder of her entire family by bandits, she firmly believes that humans are scarier than demons. She has said "humans go around killing people for no reason." Rin seemed okay with other human children around her age, but was mistrustful of most adults. Even so, Rin was always very respectful to her elders, addressing them by a proper title such as "Miss Kagome," or "Lord Sesshōmaru," to show her respect. She would go out of her way to extend a proper thank you if someone helped her as well.

Rin's faith in Sesshōmaru is so great that she doesn't seem to be bothered by his regular killings of demons in front of her or when seeing him in demon form, easily brushing off such sights. It is possible that witnessing her family getting slaughtered in front of her helped develop this tolerance. She also doesn't mind watching him beat up Jaken for running his mouth. 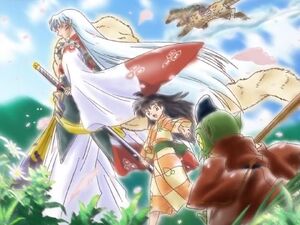 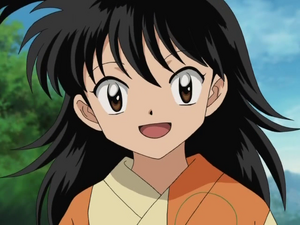 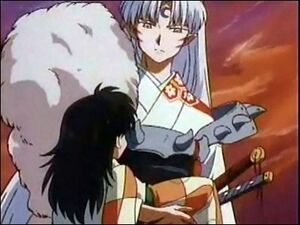 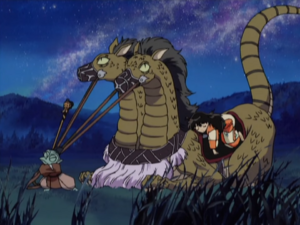 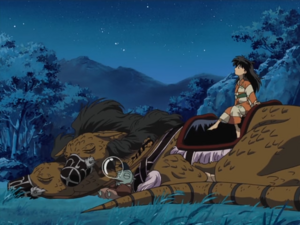 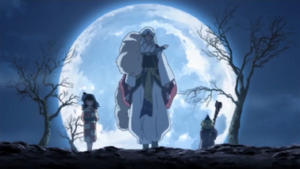 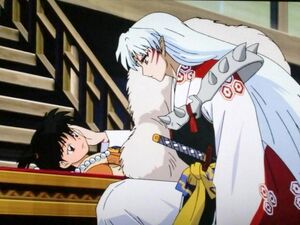 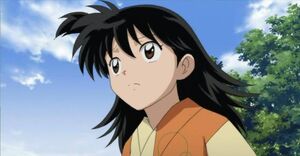 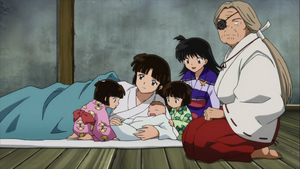 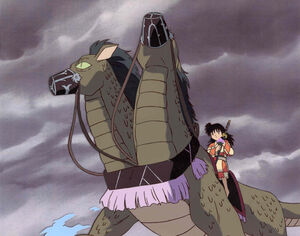 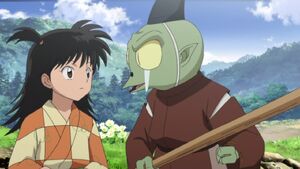 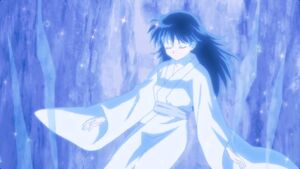 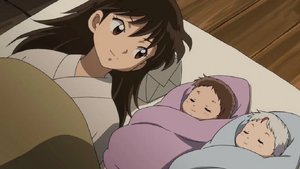 Rin with her two newborn twin daughters Towa and Setsuna 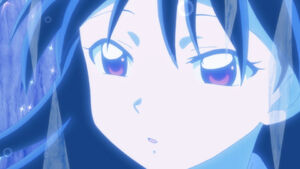 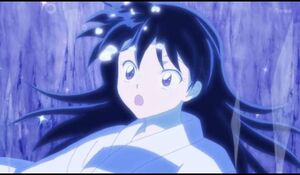 Rin begins choking on response to her link to Zero, who is dying 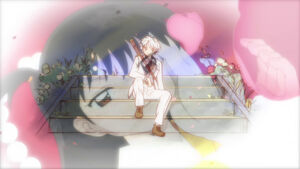