One of the Seven Barian Emperors

Rio Kastle, known as Rio Kamishiro in the Japanese version, is one of the main characters, who appears in the Yu-Gi-Oh! ZEXAL anime. She is the twin sister of Shark. Rio is later revealed to be Marin (Merag (メラグ, Meragu) in the Japanese version), a missing member of the Seven Barian Emperors. After regaining her memories as Marin, who was also one of the missing Barian Emperors she along with Shark, who also was one of the two missing Emperors defected to barian world in order to ensure the safety of her people to which led to her clash with her former friends. In the aftermath of rejoining the emperors, she and her comrade Dumon were betrayed by Vector, who decided to betray them and take their powers for himself. Despite their best efforts and Dumon's sacrifice, she was unable to defeat the traitorous emperor and was also absorbed after she lost to Vector. After Astral was defeated during his final duel with Yuma for the fate of the two worlds, she along with the Seven Barian Emperors and everyone who died were revived by Astral from using the Numeron Code. After being revived, she rekindles her friendships with Yuma and his friends. Afterwards she and the newly revived Barian Emperors, became Yuma's allies as they confront a new threat together. 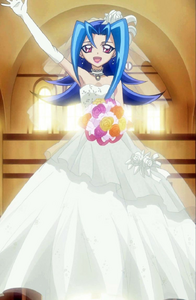 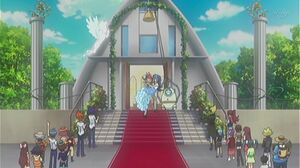 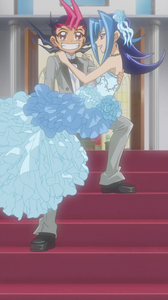