Heroes Wiki
Register
Don't have an account?
Sign In
Advertisement
in: Article stubs, Male, In Love,
and 8 more

Rio Pacheco is the road manager and technical engineer for Jem And The Holograms and is a long-time childhood friend and boyfriend of Jerrica Benton since she and Kimber Benton were little girls.

Rio is portrayed as being serious and honest and takes things way too seriously. He also has a tendency to be hot-tempered, which makes him a bit of a hothead. Rio also has personality, he'll always be there for Jerrica if she needs help. There's been many times that Rio has saved Jerrica or Jemfrom harm (like saving Jerrica and the rest of the Holograms from falling off a cliff). He has issues with secrecy and lying, especially whenever people are deceived. He can also not stand whenever he sees others being lied to (like in the episode Glitter and Gold when he told Kimber of when he thought he saw her with two other men. Because of this, Jerrica is scared to tell him the truth about her alter ego, Jem, as she fears that that he'll hate her for being lied to and leave her. As a result, she doesn't tell him about her secret identity and her friends don't tell him either (even though one time, Kimber told him by accident).

Rio loves Jerrica, but his crush on Jem has complicated their relationship. This isn't helped by Jem's willingness to play along, which only serves to complicate matters for the both of them, like projecting holograms just in case he almost finds out about her secret. Not only is Rio in a position where another woman is flirting with him but, unbeknownst to him, Jem is completely aware of the situation she has put them in, but feels she cannot back out. For example, Pizzazz has tried to flirt with him, only to aggravate Jem. Also Minx has flirted with him before, but not anymore, knowing that she has gotten over him.

When Rio was young, his family moved next door to Emmett and Jacqui Benton. That is when he began to learn about the music business from Emmett. He took an interest in the technical aspects of music, such as the equipment, lighting and sound systems. Eventually, he took classes in electrical engineering. Jerrica fell in love with him since the day they met, but, apparently, he didn't notice. Aja did hang out with him from time to time with projects, mostly because she is a tomboy.

After Emmett died, Rio began to take care of Jerrica and the rest of the girls, and was always there to help them. Rio didn't always have romantic feelings for Jerrica, but love blossomed over time. He soon found her advances toward him hard to resist in high school, becoming captivated by both her beauty and free spirit. This was almost ruined when Rio spotted Jerrica with Eric Raymond, whom Jerrica had once had a little crush on before she discovered his true nature. Rio lost his temper and stormed off, and it took Jerrica two weeks to get him to cool off. Rio dislikes Eric very much, even if he didn't know of his poor ethics or probably because he was, in fact, jealous of him. He goes to great lengths to protect Jerrica from him, this escalates to the point where Rio punches Eric after he slaps Jerrica. 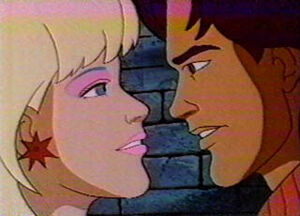 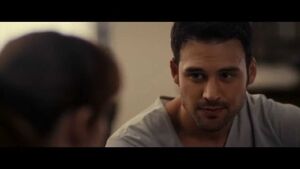 Rio and Jerrica in the live-action movie of Jem 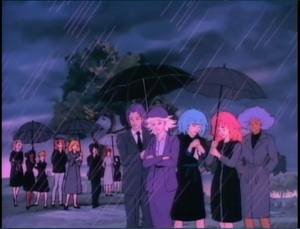