Rise Kujikawa also known by her stage name Risette, is a character from Persona 4. A famous teen idol, Rise is well-known amongst teenagers and adults, but quit her job suddenly, citing health reasons.

Rise is a short teenager with reddish-brown hair tied in two pigtails, brown eyes and tanned skin. Her normal outfit consists of an orange shirt with puffy sleeves above a white turtleneck shirt while she is seen wearing an orange top and white pants in summer. During explorations in the Midnight Channel and at school, she is clothed in her school uniform with a white turtleneck underneath and wears pink glasses only when supporting the team/members. At the summer festival, Rise is seen wearing a kimono like the rest of the girls. Before transferring to Yasogami High and while working at her grandmother's shop, Rise wears a white headscarf, a pink turtleneck shirt and a short navy blue skirt.

In Persona 4 Golden, during the winter she wears a snow suit with pink sunglasses on top of her head, a high collar with pink and white stripes with her matching pink snow jacket that says "Lovers", purple gloves, darker navy snow pants, and light purple shoes. The only time she has her hair down is the new summer outfit she wears in the epilogue of Persona 4 Golden that is obtained by getting the true ending after saving Marie in the Hollow Forest. She wore a white see-through halter top underneath, with a pink, light blue, and orange bikini, and tan pants.

Rise is cheerful, outspoken, rather flirty, is very bubbly, and can be quite boastful about herself. She used to be an idol but she quit to work at her family business (citing health reasons), after Kanji is rescued. She is stressed out, and tired of show business because she doesn't know if the Rise that everyone admires is the 'real' Rise, or the persona of Risette that she presents to the masses. 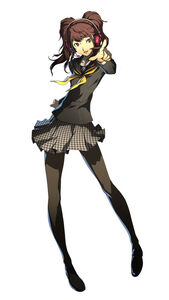 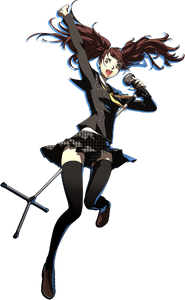 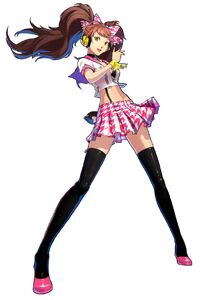 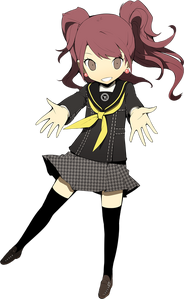 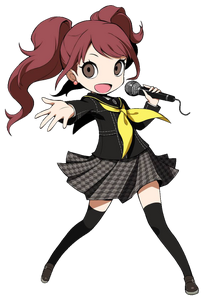 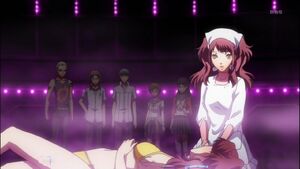 Rise confronts her other self 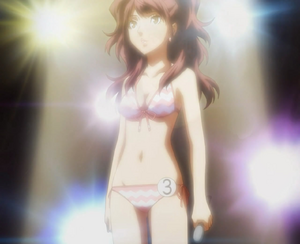 Rise wearing a swimsuit during the Miss Yasogami beauty pageant 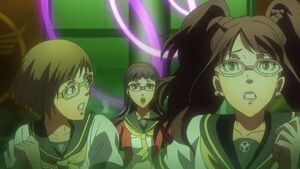 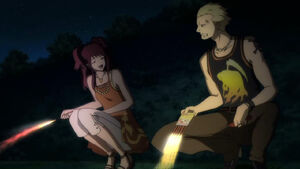 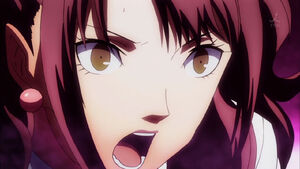 "You're NOT the real ME!"
Add a photo to this gallery

Retrieved from "https://hero.fandom.com/wiki/Rise_Kujikawa?oldid=2132585"
Community content is available under CC-BY-SA unless otherwise noted.