The King in the North

King in the North and the Trident

Playing with his siblings and Theon Greyjoy

Robb Stark, also known as The King in the North by his bannermen and The Young Wolf by his enemies, was one of the main protagonists in the A Song of Ice and Fire novels as well as the HBO television adaptation Game of Thrones. Despite his young age, Robb is proclaimed as "the King in the North" and leads an army first in an attempt to get justice for the murder of his father Eddard Stark, then trying to make the North an independent kingdom, with also the Riverlands as part of this kingdom.

He was portrayed by Richard Madden, who also voiced Alucard in the Castlevania: Lords of Shadow series.

Robb was born in Riverrun, to Catelyn Tully and Eddard "Ned" Stark, Warden of the North to Westeros. Because Robb was born after Ned left to fight in Robert's Rebellion alongside his best friend, Robert Baratheon, he did not see his father until he returned from the war. Robb is raised in Winterfell with his five siblings: two trueborn younger brothers Bran and Rickon, two younger sisters, Sansa and Arya and a younger half-brother, Jon Snow, whom he considers a true brother as well and shares a close relationship with. Also at Winterfell was the hostage/ward Theon Greyjoy, who was raised from the age of 10 onward alongside Robb and the other the Stark children. Robb was likewise close to Theon and considered him to be a best friend.

A Song of Ice and Fire (book series)

In the first book of A Song of Ice and Fire entitled A Game of Thrones, Robb appears at the execution of a Night's Watch deserter performed by his father Eddard Stark. Robb is accompanied by his younger brother Bran Stark, his half-brother Jon Snow, and his father's ward Theon Greyjoy. When returning back to his home Winterfell with his father and brothers, Robb has a riding race with Jon. During the race, they find a dead direwolf and her pups. Their father, Lord Eddard Stark, allows his children to adopt the six direwolf pups and Robb names his pup Grey Wind.

When the royal family visits Winterfell, Robb practices swordplay with Prince Joffrey Baratheon. Joffrey insults Robb and challenges him to fight with steel weapons instead of the training weapons they used before. However, Robb is not permitted to use steel weapons in the training yard and is mocked by Joffrey. When Eddard, Jon and his sisters leave Winterfell, Robb remains in the castle with his mother and younger brothers.

Robb is present when Catelyn decides to go to King's Landing and talk to Eddard.

When Tyrion Lannister visits Winterfell, Robb meets him with hostility and has his sword in his knee when greeting him. His attitude is friendlier however when Tyrion, at the request of Robb's brother Jon, figures out a way for Robb's brother Bran to ride a horse. Robb offers Tyrion to stay in the castle but Tyrion declines.

Robb, together with Theon Greyjoy, maester Luwin, the direwolves Grey Wind and Summer and a group of guards joins Bran for a horse ride in the woods. During the ride, Robb tells Bran that their father has been wounded and three of his guards have been killed. Robb also tells Bran that Theon advised Robb to call the banners.

Later during the ride, Robb and Bran ride ahead of the others and Bran is ambushed by thugs. Robb and the two direwolves attack them and kill all assailants except for two. One of the surviving assailants takes Bran hostage and tells Robb to kill the direwolves or he will kill Bran. The thug is shot in the back by Theon Greyjoy and Robb's guard catches the remaining thug, a woman named Osha.

When his father is taken captive and his uncle Edmure Tully fails to defeat the Lannisters, Robb assembles an army to fight the Lannisters, free both his father and help his uncle. He reunites with his mother, Catelyn Stark before heading into battle. To get to his uncle he has to cross a river through and also pass through two castles owned by Walder Frey. His mother negotiations an alliance for Robb with Walder Frey and Robb agrees to conditions that he marry one of Frey's daughters. When he learns that Ser Jaime Lannister has defeated Edmures soldiers and laid a siege to his castle, Robb manages to lure Jaime and a group of his men into a forest and defeat them in battle and capture ser Jaime. He then proceeds to launch an attack against the soldiers besieging Edmures castle, Riverrun and defeats them too and freeing the captured Edmure in the process.

When Robb's bannermen learn that Renly Baratheon has crowned himself king, they crown Robb as their own king and calls him the King in the North.

When Robb rides to war, he surrounds himself with a particular group of trained warriors. Unlike the Kingsguard, this is not an official order with any sworn vows, but an informal group of battle companions. Just as he rides with a different lord at the head of his army every day in order to know and honor his bannermen, Robb's choice of bodyguards serves to honor the houses from which they are picked. Even if there was no enemy behind them for hundreds of leagues, Robb would take no chances.

Most of these warriors are young men, although Dacey Mormont is female, and Wendel Manderly, Robin Flint, and Perwyn Frey are all mature men. At his side during the Battle of the Whispering Wood are thirty young sons of lords, three of whom are killed by Jaime Lannister. Robb's companions continue to fight bravely during his invasion of the Westerlands and to serve him in other critical capacities. When Robb is betrayed at the Red Wedding, his personal guard is killed along with him.

Known members among the 30 guards:

Changes in the TV Series

In the television adaptation, some changes are made to Robb's storylines and motivations from A Song of Ice and Fire, which were received with criticism from some readers of the book series. In the books, the reason for Robb's campaign to invade the Westerlands (ruled by the Lannisters) was a bait set up by Robb to buy time for the Baratheons to take King's Landing. Making everyone believe he thinks House Lannister's powers lies in their gold mines, Robb captured mines and castles and made plans to attack Lannisport and Casterly Rock. Robb knew he had no strength to defeat such places and was trying to distract Tywin Lannister in order to help Stannis and Renly Baratheon's individual forces sack King's Landing, which is currently under Lannister power.

In the TV show, there is a scene during season 3, in which Robb and his uncle, Edmure Tully argue about Robb's failed plan to capture Ser Gregor Clegane due to the Battle of the Stone Mill caused by Edmure. To avoid destroying his uncle's reputation as a ruler, Robb publicly presented Edmure's strategical failure as a victory, instead making himself look like a strategical failure who hoped to defeat the Lannisters by simply taking over the Westerlands. In the show, Robb is angry with Edmure because he allowed Clegane (in service to the Lannisters) to escape. In the books the Stone Mill is just one of the many areas in which the Battle of the Fords ensues, with Gregor and his band fighting there, as other westermen forces fight in different other fords at the same time. The Battle of the Fords is a major and large battle between the host of the Riverlands (led by Edmure) and the host of the Westerlands (led by Tywin), in which Tywin was trying to return to the Westerlands to chase Robb. In the show, Robb is angered by Gregor's escape because he was planning to surround and kill Gregor by letting him chasing his army. In the books however, Robb is angry because Edmure prevented Tywin's main army from returning home, which forced the Lannister forces to fall back and allowed them to receive urgent news about Stannis Baratheon's host and fleet besieging King's Landing. Gregor himself has absolutely no political importance to the Seven Kingdoms and Robb was devastated because Stannis was the only person capable to end the Lannister power over the Iron Throne and Edmure had a hand in causing the Lannister-Tyrell alliance and Stannis's defeat when he chased Tywin away from the Trident, thus ending all hopes for Robb to try negotiating Sansa's freedom with Stannis. As a result of this change from the TV show, by making Edmure's failure more about Gregor and reducing the Battle of the Fords (which was Tywin and his army being chased away) to a smaller battle at a mill, both Robb and Edmure look less martially strategic with less foresight, as killing Gregor would achieve nothing in weakening the Lannisters' political power.

In Season 2, Robb's motivations in regard to pursuing the Westerlands are not yet revealed and in Season 3, Robb planned to invade Casterly Rock with only his own army and the Frey army. In the show, Casterly Rock seemed to hold less power with no Lannisport city to be found around. Still, if Robb had besieged Casterly Rock, it may have ended with Robb trapping himself and his army there to be surrounded and destroyed by the forces of the Westerlands, the Reach, Dorne, and the hosts of the Iron Throne, Tywin and Randyll Tarly. In the books, Robb knew it was impossible for him to fight the Lannister-Tyrell power without Stannis and had to give up hope for Sansa's freedom, while he had given Arya for dead. So Robb changed course to defend his kingdom (the North and the Riverlands) against the enemy invaders: fight against the Ironborn invasion in the North while the River lords would protect the Riverlands from the Iron Throne's invasion.

In the TV show, Robb's motives for breaking his promise to marry a Frey daughter appear more driven by personal desire. In the show, Robb marries a woman (Talisa) for love. In the books, Robb has intercourse with a woman (Jeyne Westerling) due to his grief over the news of Bran and Rickon's deaths when Winterfell is taken. Robb marries Jeyne to protect her honor and reputation because if he did not marry Jeyne, she would suffer from the social stigma of a highborn girl having extramarital sex, which would greatly diminish her marital prospects with suitors.

Robb's selfish actions in the television version are acknowledged by his former northern bannermen, mostly by Robett Glover in the sixth season, who mentions Robb putting his own interests before his duty and the safety of his kingdom (marrying for desire instead of self-obligation and wanting to march for an unlikely victory back to the Westerlands instead of liberating the North from the Ironborn), the opposites of what he does in the novels. 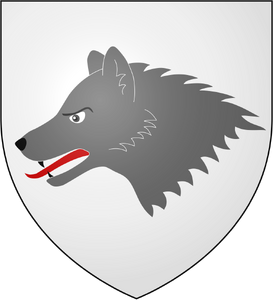