The Krell
The Visible Monster

Heroic Robot
Robby the Robot is a fictional character and science fiction icon who first appeared in the 1956 film Forbidden Planet. He made a number of subsequent appearances in science fiction movies and television programs, usually without specific reference to the original film character.

Robby the Robot is a 7-foot tall fictional robot originally created in the mid-1950s by MGM's prop department, first appearing in the 1956 MGM movie Forbidden Planet. The initial design was sketched by Arnold "Buddy" Gillespie, refined by production illustrator Mentor Huebner, and then turned into reality under the direction of mechanical designer Robert Kinoshita. The robot quickly became a science fiction icon in the decades that followed.

Robby exhibits artificial intelligence, but has a distinct personality that at times exhibits a dry wit. He is instructed by Morbius to be helpful to the humanity and he intends to uphold this mission. 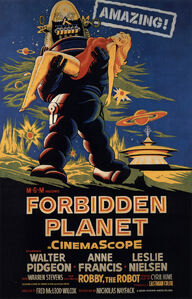 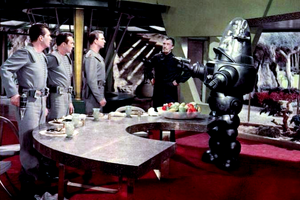 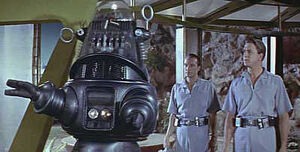 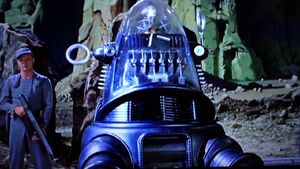 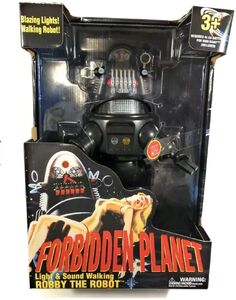 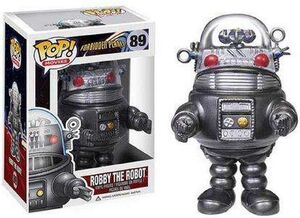 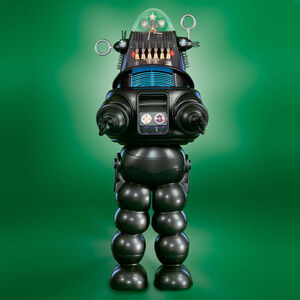 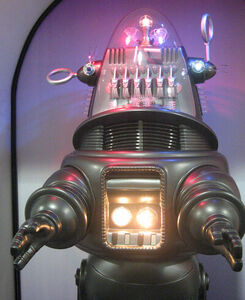 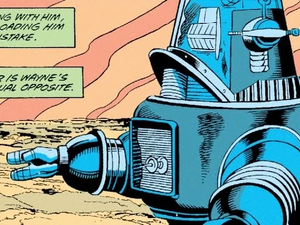 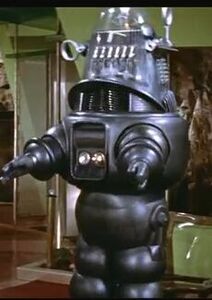