To find her father

Robecca Steam is the daughter of a British mad scientist and a supporting character of Monster High.

She is voiced by Julie Maddalena Kliewer in English.

Robecca is polite and eager to please. She's always running late due to a defect in her machinery, but she always tries to make up her mistakes. Robecca arrives late all the time, she says that she sets clocks and watches but they don't work. She's a bit clumsy, but she's also very kind hearted on the other hand.

Robecca's "skin" is copper brown, with several patches , bolts and rivets including two gears on the backside of her calf. Her wavy hair is black with blue streaks.She has rocket boots and wears goggles.

As a simulacrum, Robecca does not have family in the same way natural creatures have. However, she and her creator, a Mad Scientist by the name of Hexiciah Steam consider each other father and daughter.

After the disappearance of her father, Robecca came to live permanently with Kindergrubber, who's become an unofficial adoptive mother figure to Robecca and was the one that made her enroll at Monster High. Recently, Hoodude Voodoo has come to live under the same roof as them, but it's unknown how Robecca views him.

In her biography Robecca mentions being friends with Rochelle Goyle and Frankie Stein. This may be because Robecca saved her life and because of the fact that Robecca had already met Frankie's parents and therefore naturally became her friend, or because of their relation as simulacrum. Robecca mentions in her diary that she found Draculaura to be a honorable and accommodating hostess, suggesting that they may be or were friends. Also, it has been seen in the 'Ghoulfriends' books that Rochelle Goyle and Venus McFlytrap are her best friends. 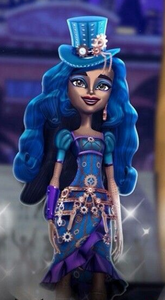 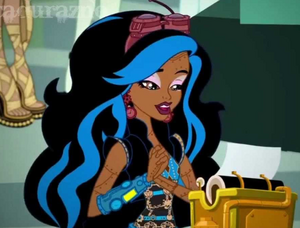 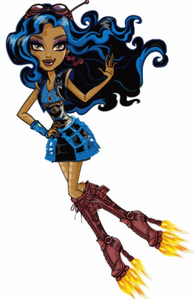 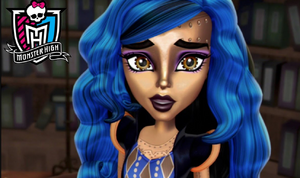 Add a photo to this gallery
Retrieved from "https://hero.fandom.com/wiki/Robecca_Steam?oldid=1975847"
Community content is available under CC-BY-SA unless otherwise noted.