To kill Dio Brando and his undead minions.
To destroy Stone Masks.

Dio Brando and his undead minions

Founder and president of Speedwagon Foundation

Robert E. O. Speedwagon (ロバート・E・O・スピードワゴン Robāto Ī Ō Supīdowagon?) is a character featured in Phantom Blood and Battle Tendency of the manga JoJo's Bizarre Adventure. He is depicted as a friend and ally to the Joestar Family and has continued to support them for the latter of the series via his organization, the Speedwagon Foundation.

Like many friends and foes in this series, Robert is named for a popular singer of the past, or in this case a group, being REO Speedwagon.

Due to his ability to "smell out" the personality of people, he had recognized Jonathan's noble spirit during the events at Ogre Street and accompanies him on his further journey to defeat Dio. In the same manner, he helps Jonathan uncover Dio's plot and exposes Dio's self-pitying facade as a cover for his naturally evil behavior.

When it comes to battle, if he is not fighting, Speedwagon tends to go into detail explaining the current situation, and does so by yelling most of the time. When he feels it necessary, he will give aid to his allies without second thought, as shown when he helps Zeppeli defrost his arm during their first battle with Dio.

Equipped with a courteous nature, despite his original background as a thug, he is familiar with giving one's privacy; this is apparent when upon trying to enter Jonathan's room, he witnesses the nurse, Jonathan's former love Erina, nurse him back to health and withdraws coolly.

During the events of Phantom Blood, Speedwagon had become Jonathan's most loyal friend and greatest ally of the Joestar Family.

Even after Jonathan's death, Speedwagon never sought Erina as a love interest and remained friends with her out of respect for Jonathan. Regardless, Speedwagon takes care of Erina and Joseph Joestar much like a father figure or close uncle.

Speedwagon even stipulates in his will that his foundation be used to fund medical and archaeological advancements, and his organization aids the Joestar family time and time again long after his death.

It is said Speedwagon couldn't master the Ripple because he wasn't pressured enough. This is different from Jonathan and Zeppeli, who both carried the mission to stop Dio and the Stone Mask on their shoulders. Zeppeli tried to help him create small Ripples by stimulating the muscles of his diaphragm, but accidentally missed the right point and just managed to hurt Speedwagon. However, due to his life on the street, he is fairly resourceful, and has mastered several useful techniques, including the ability to determine someone's moral alignment based off their smell.

Following the events of Part I, Speedwagon traveled to America and got rich in the oil industry. With his fortune, he created the Speedwagon Foundation, an organization featuring studies in medical research, wild animal and plant protection, and secretly, a Supernatural Research Department with the sole purpose of aiding the Joestar Family. As head of this company, Speedwagon has full power over all employees, including several leading scientists and workers. Speedwagon often employs resources in the organization, including transportation by helicopters, submarines, cars and planes, as well as development in weapons technology. 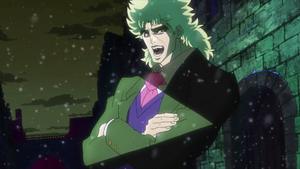 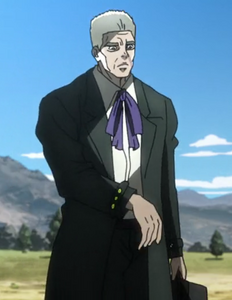 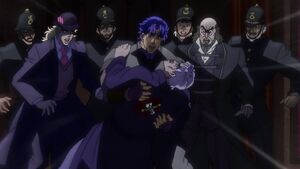 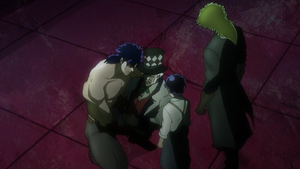 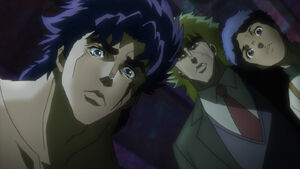 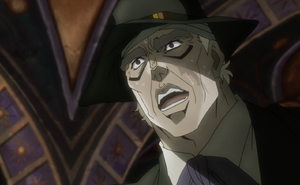 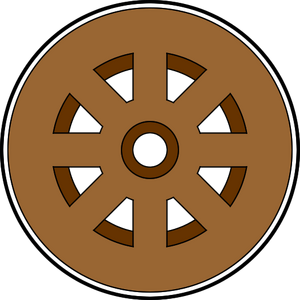 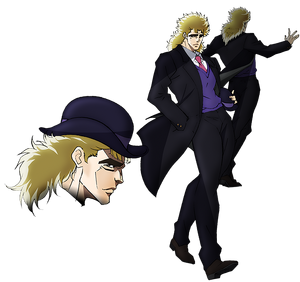 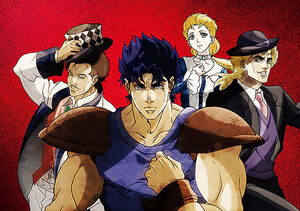 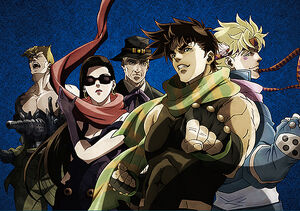 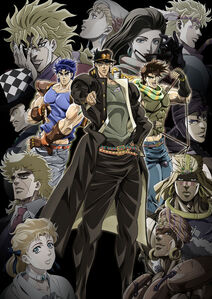 Retrieved from "https://hero.fandom.com/wiki/Robert_Edward_O._Speedwagon?oldid=1802693"
Community content is available under CC-BY-SA unless otherwise noted.