Timothy Drake is the deuteragonist of The New Batman Adventures. He was the second Robin after Dick Grayson left.

He was voiced by Mathew Valencia in The New Batman Adventures, Eli Marienthal and Shane Sweet in Static Shock, and the late Dean Stockwell in Batman Beyond: Return of the Joker.

Tim is a young 13-year old boy. He has short black hair and black eyes, but in Batman Beyond: Return of the Joker, Tim is a middle-aged man and his hair color is gray, due to aging. His Robin costume is very identical to Dick Grayson's Robin costume, but with black sleeves, gloves, and briefs with red leggings. When being mind-controlled as "Joker Jr." in the flashback sequence, his appearance strongly resembles The Joker, but with purple shorts, purple socks, and black mary jane shoes.

His father Shifty Steven Drake was often a thug for Two-Face. Shifty Drake went missing (and was later revealed to have been killed in Metropolis) and the runaway Tim met Batman. After finding out Batman's secret identity, Tim stole the Robin costume to get revenge on Two-Face.

He went on many adventures with Batman. One night after Dick Grayson left to establish himself in another city, Robin thought that he was saving an innocent woman from evil thugs, but it was just a trap set by the Joker and the woman was Harley Quinn in disguise, who then knocked out Tim. The Joker then tortured him with electrodes and possibly other tortuing devices stolen from Project Cadmus for days at the old abandoned Arkham Asylum.

He learned what Batman's secret identity was from him and then he "made" him into a "son" - Joker Junior. Then Joker tried to use him to kill Batman, but Tim finally broke out of his mind control and shot Joker instead with Joker's BANG! flag gun the projectile pierces joker's heart killing him and Tim suffers a Mental breakdown. Luckily, Dr. Leslie Thompkins, a close friend of the Wayne family, managed to restore Tim to normal. However, from that point on, Bruce forbade Tim to ever work as his partner again and swore that he never endanger another young partner not wanting to lose another partner.

Tim moved on from there and became a communications expert, married, and had two children. However, as Terry McGinnis had discovered, while Drake was being held captive by Joker, the Joker put a chip in Drake's body containing a blueprint of his own consciousness, allowing him to periodically hijack Tim's mind and body, with Drake himself being entirely unaware of the changes. Through the unwitting Tim, the revived Joker used the Jokerz gang to steal high-tech equipment so he could assemble a satellite jamming device, which he used to control an orbiting defense system. In a fight between Tim's alter ego and Terry McGinnis as Batman, the new Joker was defeated by Terry destroying the chip that controlled the transformations with the Joker's electric joy buzzer, restoring Tim Drake to normal and ending the Joker threat permanently. During his recovery, Tim saw in Terry someone who was worthy to bear the mantle of Batman. Bruce visits Tim in the hospital and the two were finally able to reconcile. 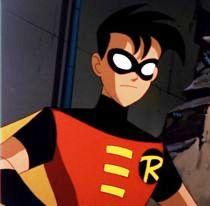 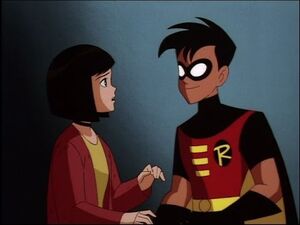 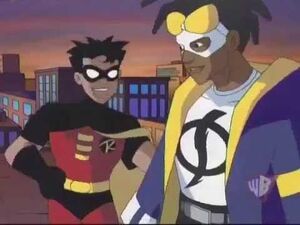 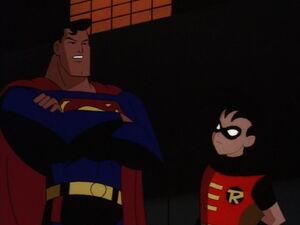 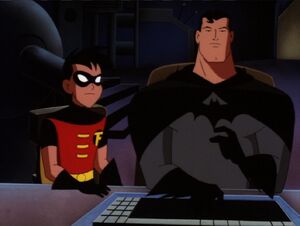 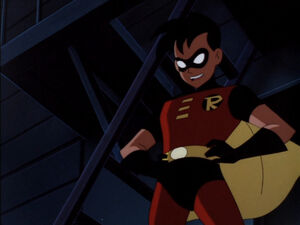