The Robot Children are minor soldiers of Alexander Minion from Spy Kids, initally serving as the major antagonists before becoming supporting protagonists in Spy Kids 3D.

Robot children were created as an army for rich businessman named Lisp. Lisp was disappointed when he knew that his army consist of robot children, who are inreal children of people, working in government or children, who are working as spy kids. Later, Alexander Minion created two robot children, who were looking as Carmen and Juni Cartez. They both got an order to steal third brain from spy kids, which will improve brains of robots. When third brain was taken on base, there were a lot of copies, and every brain was put inside of every robot, so from that moment, they could speak normal language. When spy kids came to base of Minion, they were fighting against their copies. But when Lisp came back for his army, all robots were walking in the main room, where spy kids saved their parents. Suddenly, family was surrounded by robot children, who were ready to kill them. But suddenly, they attacked their masters, because Fegan Floop, their secondary master, changed their program in computer, and all robots became good, and started to help innocent people. Also, copies of Juni and Carmen became part of Fegan Floop show.

In Spy Kids 3-D, the robot children helped the spy kids to fight the evil robots. 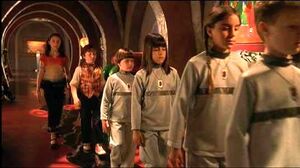 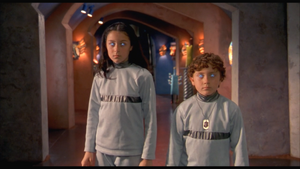 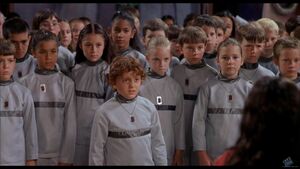 The robots getting ready to attack the Cortez family 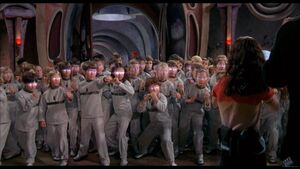 The robots charged up and preparing to show them no mercy