Salaryman (formerly)
Pirate and member of the Lagoon Company

Rokuro Okajima (also known as Rock) is the main male protagonist of the manga/anime series Black Lagoon. He is a Japanese salary man who formerly worked for Asahi Industries in Tokyo until he was taken hostage by the Lagoon Company and subsequently joined them as a member.

He is voiced by Daisuke Namikawa in the Japanese version of the anime, and by Brad Swaile in the English version who also played another anti-hero who is Light Yagami for this anime anime.

Rock was born into a well-to-do but neglectful family in Tokyo. He entered college one year late and his family lowered their expectations of him, whereas his academically capable older brother landed a job with the Japanese government. Rock lived an unremarkable, demeaning existence as a white collar salaryman for Asahi Industries at the start of the series.

During a business trip in the South China Sea, Rock's ship was hijacked by pirates from the Lagoon Trading Company who sought a data disk he carried; he was taken hostage by Revy and her fellow pirates, Dutch and Benny, and kept aboard their PT boat, the Black Lagoon. Instead of helping Rock or negotiating a ransom, Rock's department chief Kageyama abandoned him in an attempt to cover up the smuggling operation in which he had been involved. Kageyama sent out a group of mercenaries to kill Rock and the Lagoon Company and destroy the disk.

However, Rock -even though he never experienced combat- helped the Lagoon Company defeat the mercenaries by using the Black Lagoon's anti-ship torpedoes to shoot down the mercenaries' attack helicopter. Rock is left invigorated by the experience of piracy. Unwilling to return to his former life in Japan, and having been told that Kageyama has already declared him legally dead, Rock decides to stay in the crime-infested Thai city of Roanapur and joins the Lagoon Company.

Rock is a humble and good-natured person, despite being on the business end of guns from friends and foe alike, and often seems surprised at the barbarity of the Southeast Asian crime world. He wears a teal neck tie, short-sleeved dress shirt, slacks, and dress shoes since even though he is a pirate, he retains his business persona. He is not a fighter in any way but a pacifist who prefers to use words over weapons when interacting with the hostile people encountered on the job. Rock, from joining the Lagoon Company, has often wondered if he is experiencing Stockholm syndrome, consequentially developing a friendship with his former captors and co-workers.

Within the Lagoon Company, Rock is usually responsible for account management, diplomacy, negotiation, translation, interpretation, and running occasional errands. Having worked in the resource department of Asahi Industries, Rock is skilled in geology and chemistry. He is also a skilled linguist due to frequent traveling from his previous job, able to speak in Japanese (his native language), English, Spanish, Romanian and Russian. He also has a surprisingly high tolerance for alcohol, owing to the heavily drinking lifestyle of a ladder climbing salaryman.

Rock's earnest personality has earned him the interest and respect of several characters in Roanapur, including Balalaika, Mr. Chang, Rowan "Jackpot" Pigeon, Yolanda, Eda (who develops a crush on him), and the young Garcia Lovelace, whom he trusts to the greatest degree. In many ways, Rock is the heart of the Lagoon Company, serving as a balance for his more jaded teammates and as a bright spot in the world of darkness that is Roanapur. He retains a strong sense of right and wrong, trying to hold on to and share his beliefs with others in Roanapur. He is often shocked and horrified by how people suffer from the injustices of the criminal underworld despite his best efforts, wearing him down as the series progresses. Although physically weak and unarmed, Rock has shown tremendous courage to stand up for himself, others, and for what he believes is right as seen when he clashes with other characters over their immoral actions, especially Revy. Though he is a pirate with morals, he is neither good nor evil as described by Yukio, but rather in the twilight, unable to chose between a life of crime or normality.

Later in the series, Rock begins to enjoy his life as a pirate and becomes even more comfortable with corruption, and it is shown that a darker side of his personality is beginning to emerge. In "Roberta's Blood Trail", he is personally appointed by Chang to help Garcia Lovelace and Fabiola Iglesias track down Roberta before she finds the American Special Forces unit that killed Garcia's father before she and the unit kill each other and endangering Roanapur to destruction at the hands of the United States. Rock knows that Chang doesn't care if Garcia or Roberta is killed and only wants to keep Roanapur out of the eyes of the world for it's drug trafficking, and Rock manages to turn Chang's plan around by demonstrating exceptional deductive reasoning skills by figuring out every factions motives and playing on them. He manages to give the Americans an escape route out of Roanapur and towards their mission area in Laos to stop Roanapur's drug trade, as well as having Roberta follow them and have Garcia snap Roberta out of her psychotic rampage.

However, doing all that required him to use the same callous and manipulative thinking as Chang, and he even seems to find the same sense of power over others psychologically rewarding. This apparent change in Rock alienates and disturbs the other characters, particularly Revy and Dutch, who do not understand Rock's motives and think he simply doing it to extract a large reward from Garcia, causing them to fear that Rock is becoming sadistic, cunning, and ruthless due to being corrupted by Roanapur. Revy in particular notes that Rock has been in Roanapur for far too long, and now it's starting to change him for the worse. Nevertheless, he does it entirely because he wanted to save someone, and manages to achieve Chang's goal of keeping the US out as well as saving Fabiola, Garcia and Roberta. Fabiola, enraged by Rock's high risk strategy which involved manipulating Garcia into a game of "Cambodian Roulette" with Roberta and gambling with people's lives, shoots him with a blank and states that she hopes never to see him again. Months later, things haven't changed in Roanapur and Rock begins to think he hasn't made a difference at all. Revy later tells him that it will hurt him if he continues to look at Roanapur with life in his eyes, to which Rock responds that he came close to the darkness but is not ready for it yet. Dutch has stated earlier that he believes Rock should never wield a gun because if his bullets were like his words, they would ricochet back to them. 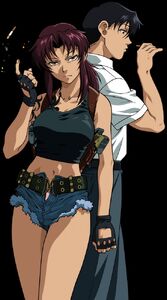 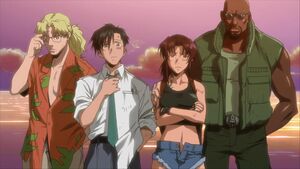 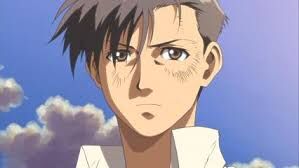 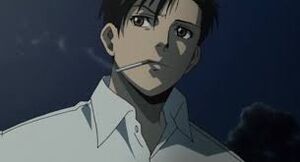 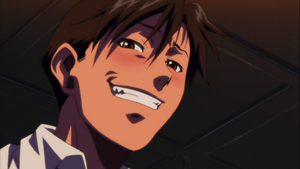 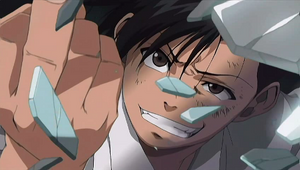 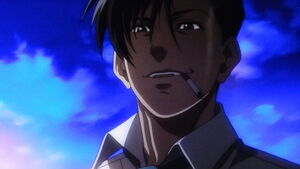 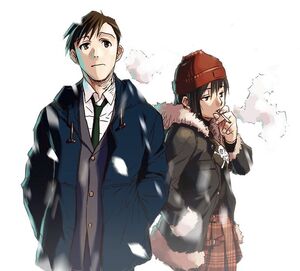 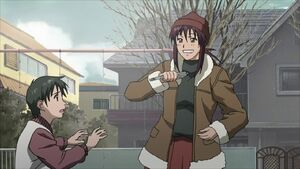