Roger Bacon is a central character in the video-game series Shadow Hearts, he is an immortal borderline crazy old man who helps the main protagonists of each game, though never as a playable character. He is based on real-life historical figure Roger Bacon, a 12th century philosopher.

Roger first appears in the game Koudelka, he reveals he was the one to write the book known as the Émigré Manuscript - the source of the vast necromantic activities in the game. Roger tells Koudelka, Edward and James the book was originally written by the ancient Formor Druids and had been stored in the Pope's secret Library for years until he was called in to translate and re-write it when the original copy began to disintegrate with age. After the book was completely rewritten Roger was to be killed, but Roger used the knowledge he gained to make himself immortal, escaping death and his would-be executioners.

Roger helps Koudelka and her friends counter the effects of the Émigré Manuscript over the course of the game by sharing his knowledge with them. Towards the end of the game Roger meets Koudelka and Edward and leaves the Nemeton Monastery with them after several years spent in hibernative slumber.

In the manga Koudelka by Iwahara Yuji Koudelka is subject to the schemes of the Royal Medical Society who had heard of the Émigré Manuscript and been involved with the events of Koudelka, the game, behinde the scenes. Upon finally being captured by the Royal Medial Society Koudelka meets Roger in a cell with her, or at-least his head. While Koudelka had been brought in to use her powers to unlock the powers of the Émigré Manuscript, Roger was brought in for his intimate knowledge of the book, however Roger, being immortal, stubborn and highly ethics driven, refused all persuasions to cooperate, resulting in his decapitation from frustrated interrogators. In her escape Koudelka helped Roger as well and found his body which he was able to reattach himself too. Upon his re-capitation Roger used his magics to help Koudelka storm the main chamber to put a stop to the Royal Medical Society's mad experiments.

In the game Shadow Hearts, we meet the new protagonist of the series Yuri Hyuga and a man called Albert Simon, who is later revealed to be the man who brought the Émigré Manuscript to the Nemetom Monastery in the first place; More shocking still Albert is revealed to be Roger's star pupil turned evil. According to Roger his pupil Albert was appalled by the notion of classicism and sought to change it. Roger counseled him not to make waves and to accept the world as it was and just focus on doing what little good he could. Albert mistook Roger's words of caution for cowardliness and complicity with the corrupt and decadent aristocrats that imposed classicism and went to the Vatican to bring up charges against him. Albert was the one condemned though as a heretic for questioning the "divine right" of the nobility that the Vatican had preyed on for years. Roger seems resigned to the world ending but still helps Yuri and his friends stop Albert, feeling it is his fault since Albert was his student and using his books to destroy the world. Roger shows Yuri and his friends how to get to the Nemeton Monastery, gives them a brief history on it and remains in the ruins to heal them but stays behind himself instead of facing Albert, who he strongly empathized with in disappointment with humanity. After the battle with Albert events quickly summon forth the game's final dungeon The Float, a giant floating fortress looming in the stratosphere. Roger help Yuri and the other heroes reach the Float with his experimental teleportation device. Roger is key for triggering a variety of side quests for the game's finale even after the Float appears.

Roger Bacon was the first person in the Shadow Hearts universe to receive insight into the very state of reality. Being a scholar, Roger was compelled to write down what his mind was opened up to in the Émigré Manuscript and wrote it's two sister books the Pulse Tract and R'yleh Codex. All three books can warp the fabric of reality and grant similar insight to Roger's if read by a wise and disciplined individual. Roger and Albert both refer to the knowledge granted to them as revelation from God, although Koudelka sees it more as an unlocked spiritual potential. Regardless of the nature of it, Roger has the potential to warp the fabric of reality, though he refuses to do so, instead living as a hermit and scholar. Roger seems to believe that using such powers would earn him the wrath of God especially since Roger has already made himself immortal. Roger once used his powers to attempt a resurrection on a friend, but even then the world was in the balance and after the process Roger immediately asked God's forgiveness for tampering with nature. In context of how the powers that have been used ever since Roger wrote the Émigré Manuscript, Pulse Tract and R'yleh Text such overt uses of reality shaping may have karmic consequences, which validates Roger's fears about using his powers lightly. Roger gave himself immortality without thinking to account for aging and though he appears old and decrypted he is both unkillable and in in full control of his mental faculties with no threat of senility.

Roger's revelation grants him knowledge of the true nature of the universe, granting him supreme knowledge of the world though not of individual humans making him just short of omniscient. Roger even has the insight to see into the fact he is in a video-game and has spoken to the player directly leaving the party members perplexed as to who he was speaking to. Even with his reluctance to use his powers outright Roger's knowledge seems to have come at a price, he appears borderline insane. Since Albert has also suffered such a mental deterioration and Koudelka had to hypnotize herself to mentally lock away her link to the Émigré Manuscript, the revelation itself may be mind shattering. Without tapping overt power usage Roger can still do things such as heal others, ward away monsters, summon animals and monsters, home in on people and areas of great power and see passed physical appearances. Roger is an inventor beyond compare who can build various outlandishly advanced machines. Even if Roger is decapitated he still maintains consciousness. When Roger sleeps he can send himself into a hibernation state which may persist for years although he appears to be able to function for years without sleep as well. Roger seems not to need any form of maintenance for his body such as sleep, nor food, nor drink, nor needs any form of medical attention. Though he feels pain Roger maintains enough will-power to withstand months of non-stop torture without breaking.

Roger is a demented genius. He is much less invested in the world than most heroes and seems to care more about knowledge and principles than actual human life, which he sees as huge disappointment, though not without hope. Roger likes to make large overblown speeches and is usually cut off by other heroes. One of Roger's longest running gags is the ability to name him, no matter what the player tries to name him. Once met he cuts the player off immediately canceling the character name given, saying it is impolite to just go around naming people you've just barely met. Roger is bizarrely pious without being religious and seems to thoroughly believe there is a God but that He is so apathetic that Roger is more concerned about staying off God's bad side than staying on His good side. All-in-all Roger addresses God as if He were a very temperamental boss he occasionally needs to pay lip-service to in order to keep from getting on his bad side. As the writer of the three books with reality-warping powers each, and one of only three people (the other two being Koudelka and Albert) to comprehend the true nature of God through the books, Roger may be one of the most powerful people on the planet, but as he has told Yuri and Koudelka, he is wary of exploiting such forbidden powers to the point of being almost a total pacifist. 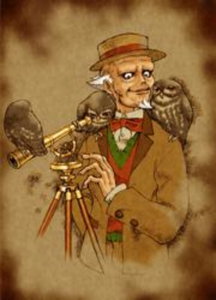 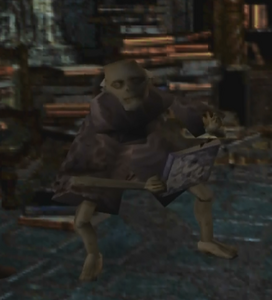 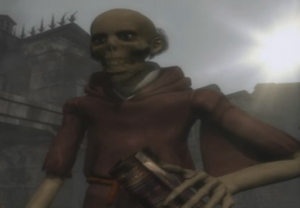 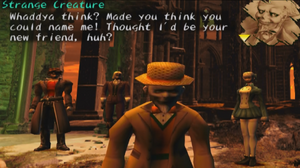 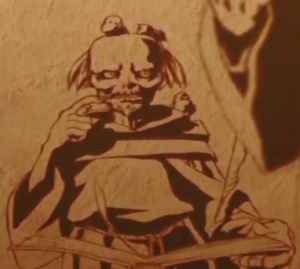 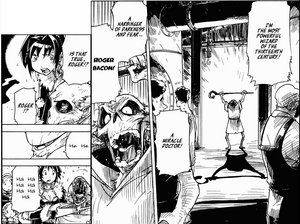 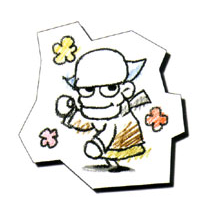 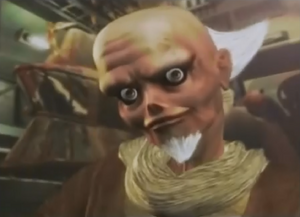 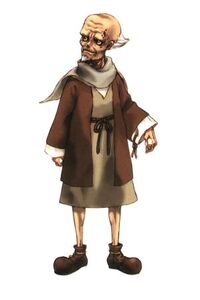 Retrieved from "https://hero.fandom.com/wiki/Roger_Bacon?oldid=1680123"
Community content is available under CC-BY-SA unless otherwise noted.