Being with Jessica Rabbit

Roger Rabbit is an anthropomorphic rabbit and the titular deuteragonist of the 1988 hybrid film Who Framed Roger Rabbit and the main protagonist of all shorts and comics spun off from it. He was voiced by Charles Fleischer who would also go on to voice Boris.

In the movie, the voice of Roger Rabbit is performed by Charles Fleischer, who was known for electing to wear an actual rabbit costume on the set to get into the role. One of his famous traits is his voice, "P-b-b-b-b-bleeeease!". He is a white clownish rabbit with a gap between his front teeth, a voice that resonates of Huntz Hall in "The Bowery Boys", a blue Porky Pig-like bowtie with yellow spots, a droopy-like hair, a Bugs Bunny-like head with blue eyes, a pink nose and round-tipped ears, red Oswald-like pants with a green patch behind and Mickey Mouse-like gloves (yellow ones).

Roger does not take well to alcoholic beverages; it is shown twice in the film that when he has consumed one, he changes color rapidly, at least one of his eyes swells, his head spins and he mumbles incoherently at a fast pace, before stretching up into the air and whistling like a steam train at a loud enough tone to shatter glass, all the while spinning around. Afterwards, his mood swings violently.

In the film version, he is re-envisioned as a 1940's character in animated cartoons and a resident of the fictional Los Angeles enclave Toontown. He is framed for the murder of Toontown owner Marvin Acme and seeks out Eddie Valiant to help clear his name.

Roger Rabbit was featured in a series of cartoon shorts following the popularity of the movie. These shorts were presented in front of various Touchstone/Disney features in an attempt to revive short subject animation as a part of the movie-going experience. These shorts include Tummy Trouble released in front of the blockbuster Honey, I Shrunk The Kids (this was also included on the original video release of the film), Roller Coaster Rabbit shown in front of the hit Dick Tracy and Trail Mix-Up shown before the Amblin–produced A Far Off Place. 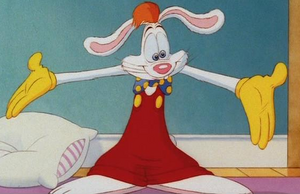 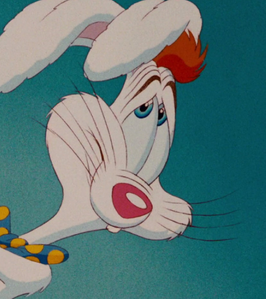 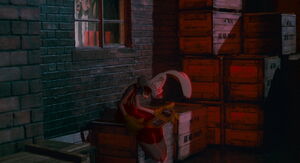 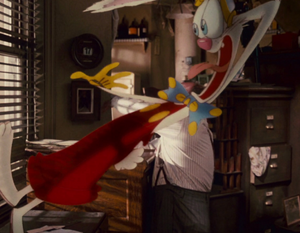 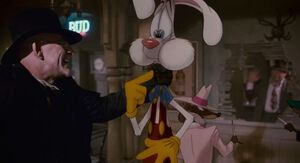 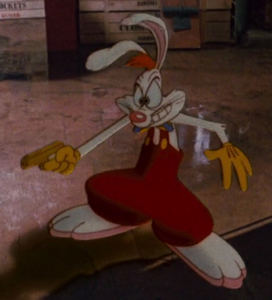 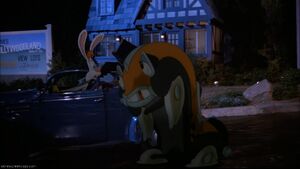 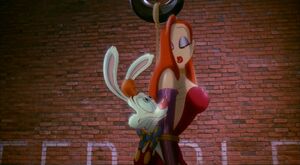 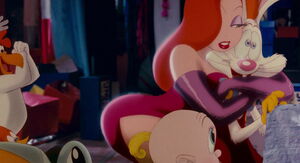 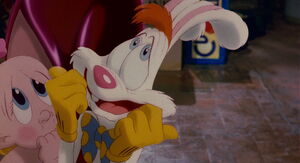 Retrieved from "https://hero.fandom.com/wiki/Roger_Rabbit?oldid=1608428"
Community content is available under CC-BY-SA unless otherwise noted.