Heroes Wiki
Register
Don't have an account?
Sign In
Advertisement
in: Articles under construction, Male, In Love,
and 40 more

To produce a popular song.

To find the Dalmatian Puppies (succeeded).

Roger Radcliffe (or Roger Derek Dearly in the original book, live-action version and TV series) is a character from Disney's 1961 film One Hundred and One Dalmatians and its 2003 sequel. He is the husband of Anita and owner, best friend, and "pet" to Pongo.

He was voiced by the late Ben Wright, who also voiced Rama and Grimsby, in the first film, Jeff Bennett in the series, and Tim Bentinck in the sequel and portrayed by Jeff Daniels in the live-action film.

At the start of the film, Roger and Pongo lived in a bachelor flat; however, Roger was married to his work, writing songs on love (something, according to Pongo, he knows absolutely nothing about). He's quite rational, but Pongo feels if looking for a mate was left up to his owner, they would be bachelors forever.

When Roger takes Pongo for a stroll in the park, he inadvertently gets tangled up with Anita and her dog Perdita. When they fall in the pond, the two of them develop a bond after Roger (unknowingly) offers a wet handkerchief to Anita, since her own one is wet too.

Soon, the two of them wed, along with their dalmatians and they move into a flat near the park. He creates a melody and when Anita's old school friend Cruella De Vil shows up, he thinks up of the lyrics, turning the melody into the song; "Cruella De Vil", which he teases Anita with.

When the puppies are born, Roger is just as agitated as Pongo is, easily getting startled in the wait. He is the first to congratulate Pongo on his puppies. However, Nanny presents them with a still-born pup, at first Roger is distraught over this, but he thinks of massaging the pup, which brings it back to life. When Cruella shows up to buy the puppies, her pen doesn't work, but after she shakes it about, ink splats in Roger's face giving him a dalmatian appearance too. Then, all of a sudden, he stands up to Cruella, with a stutter and states that they aren't selling the puppies.

When the Puppies are abducted, Roger puts Cruella as his #1 Suspect, when Cruella calls up, Roger assumes she's calling to confess before demanding down to the phone she tell them where the puppies are. 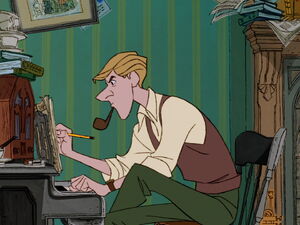 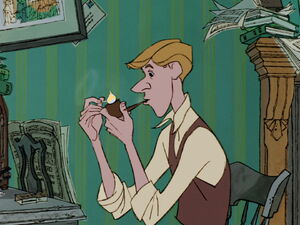 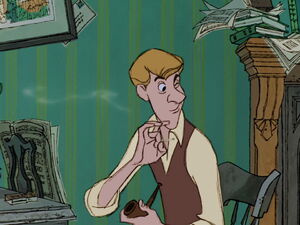 Roger flicking his match to a pile of other burnt matches. 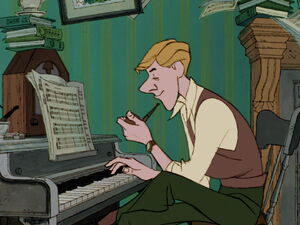 Roger working on his music. 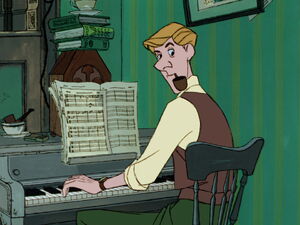 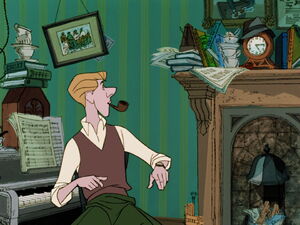 Roger looks at the clock on the mantle, which reads after five. 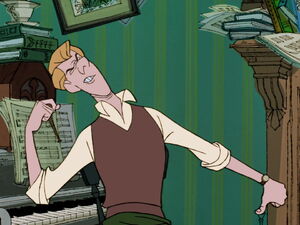 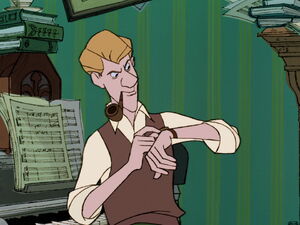 "After five already? Fancy that." 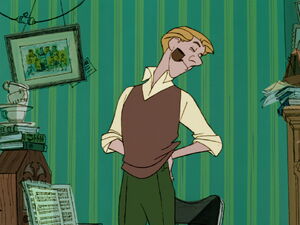 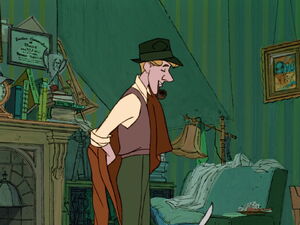 Roger getting ready to take Pongo on a walk. 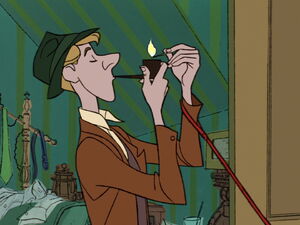 Roger smoking his pipe before Pongo drags him outside. 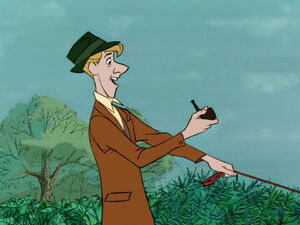 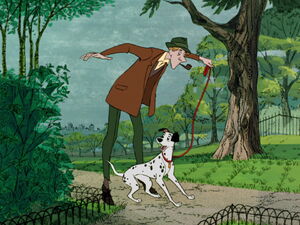 Roger being suddenly halted by Pongo who's walking in a rush. 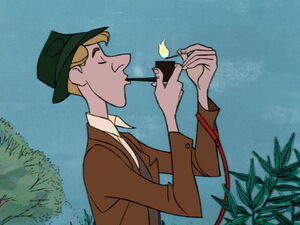 After Pongo stops walking, Roger smokes on his pipe. 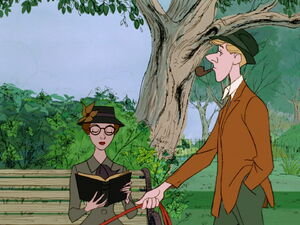 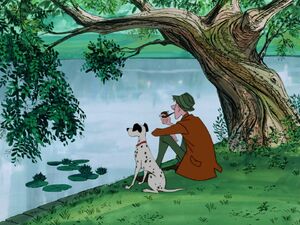 Roger and Pongo sitting by a pond. 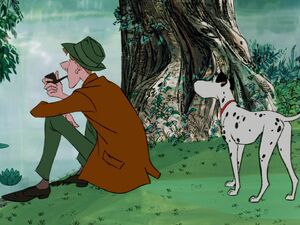 Roger about to have his hat taken by Pongo. 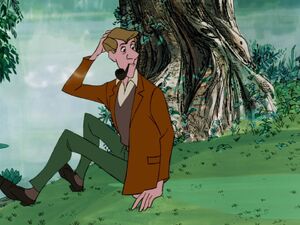 Roger seeing that Pongo has taken his hat. 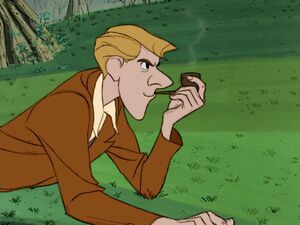 Roger trying to get his hat back from Pongo. 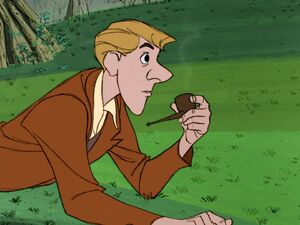 Roger confused when Pongo places his hat on a bench. 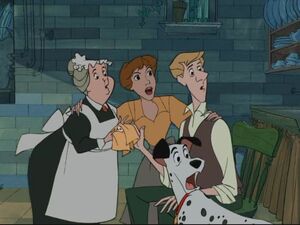