On & Off Egotistical Alien

Roger The Alien, shortly known as Roger is the deuteragonist and central antagonist of American Dad!. He is an alien who lives in the Smith family's attic. Stan feels he "owes Roger his life" after being saved by the alien at Area 51 four years prior to the show beginning, until in the episode "You Debt Your Life" when Stan saves Roger's life. Roger then tries to win back Stan through another life debt,and although he fails, him and Stan make up. Roger is a hedonistic alcoholic who takes on make believe personas and makes the Smith family's life extremely difficult with his vices, but since exposing Roger as an alien would endanger Stan and the rest of the family, those personas are Roger's only way of communicating with the outside world. He also has a strong addiction to junk food and can also hold long-standing grudges.

He was voiced by Seth MacFarlane. 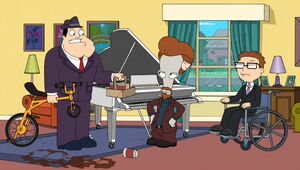 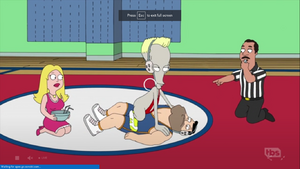 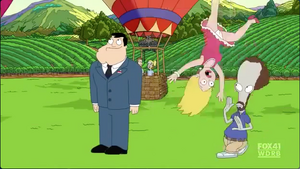 Francine being lifted into the sky.
Add a photo to this gallery

Retrieved from "https://hero.fandom.com/wiki/Roger_Smith_(American_Dad)?oldid=2093371"
Community content is available under CC-BY-SA unless otherwise noted.