Rogue One was the callsign given to the squad of Rebel soldiers that took it upon themselves to steal the plans to the Death Star, an armored battle station that was being constructed by the Galactic Empire. Though the squad succeeded in its mission, none of the team survived; those who didn't die in battle during their attempt to steal the plans perished when the Empire destroyed the base on Scarif with the Death Star's super laser.

The group was started when Captain Cassian Andor was tasked with taking Jyn Erso, daughter of Galen Erso, to Jedha in order to get information from Saw Gerrera. The two were accompanied by the reprogrammed Imperial KX-series security droid K-2SO. After assisting in an attack on an Imperial patrol in the city, conducted by Gerrera's rebel cell, the partisans they met Chirrut Îmwe, and Baze Malbus, both Guardians of the Whills. While K-2SO returned to the Captain's ship, the other four were captured by members of Gerrera's cell. After Jyn learned of herfather's plan through a holo recording sent with a defected Imperial pilot, GovernorTarkin ordered a single reactor ignition strike on Jedha City. Andor brought the defector, Bodhi Rook, with them when the group escaped via the U-wing piloted by K-2SO. They managed to escape just before the city, and the temple, were obliterated by the Death Star.

After Jyn failed to convince the Alliance High Command to invade Scarif, she found that a small group of Rebels were willing to follow her to Scarif. They, along with the original six, officially became Rogue One when Rook identified them to the Rebel flight deck with the name.

Bodhi was able to use the codes he had as an Imperial pilot to gain access to the planet and pass the Shield Gate. The Rebels killed the Inspection Team that boarded their shuttle, and Jyn and Cassian took their uniforms to infiltrate the base along with K-2SO. While they infiltrated the base, other members of Rogue One, under the command of Ruescott Melshi and Pao, covertly moved around the island, planting explosives. Cassian gave the signal and the explosives were set off, luring troopers away from the base while Cassian, Jyn and K-2SO progressed further into the facility.

When Admiral Raddus and his fleet arrived, the Shield Gate was closed, allowing only seven T-65 X-Wings and one U-Wing belonging to Blue Squadron to make it through to the atmosphere. Blue Leader, General Antoc Merrick, led the air battle on Scarif, and Laren Joma provided Rogue One with reinforcements from her U-Wing. With the Shield Gate closed, no large data files, like the Death Star plans, could be sent. Many members of Rogue One perished on the beach, but Îmwe was able to activate a communication switch before being killed by an explosion. Bodhi was able to use the radio on his ship to inform Raddus that the Shield Gate needed to be destroyed in order for the Death Star plans to be transmitted. After the message was sent, a grenade was thrown into the ship, killing Bodhi. Malbus proceeded to slaughter as many of Krennic's Death troopers as possible, before a grenade carried by one of them resulted in his death.

Meanwhile, in the base, Cassian, Jyn, and K-2SO made it to the data vault, and Jyn and Cassian went to search for the Death Star plans while K-2SO guarded the entrance and searched the database. They found the plans under the name "Stardust," but K-2SO was overwhelmed by troopers and destroyed the console, to protect his friends before permanently shutting down. Jyn and Cassian climbed the archives and retrieved the data file, but Cassian was injured by Krennic and fell, leaving Jyn to climb to the satellite dish alone. After Jyn reset the dish, Krennic tried to stop her from transmitting the plans, but he was shot by an injured Cassian, who had followed him up. Jyn transmitted the plans to the alliance, who had, by this time, destroyed the planetary shield with the help of two Star Destroyers and a Sphyrna-class corvette named the Lightmaker, piloted by Captain Kado Oquoné of the Rebel Alliance. Jyn and Cassian made their way to the shore, where they saw the blast from the Death Star. Confident that the Rebels received the plans, the two embraced as the explosion consumed them, and the rest of the base. No members of Rogue One survived the blast.

Because of the efforts of Rogue One, the Death Star plans would eventually make it into the hands of the Rebel Alliance. This information would later provide the means in destroying the Imperial battle station.

Ubin Des, who was unable to leave for Scarif having been confined to sick bay at the time much to her regret, admired the heroism of Rogue One. Luke Skywalker, who joined the Rebel Alliance soon after, was told little about their mission and got the feeling that Rebel commanders seemed embarrassed by it, which Des took as a measure of their shame that they could not make the gambit taken by Rogue One.

During the Galactic Civil War that resulted from the Battle of Scarif, the Alliance starfighter group Rogue Squadron was named in honor of Rogue One and its sacrifice. The squadron, led by Luke Skywalker and Wedge Antilles, notably fought in the Battle of Hoth during the Alliance's evacuation from Echo Base. 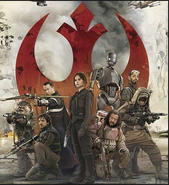 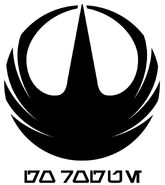 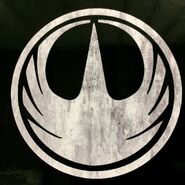 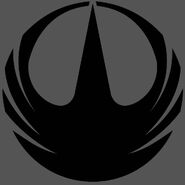 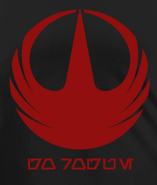 Add a photo to this gallery
Retrieved from "https://hero.fandom.com/wiki/Rogue_One?oldid=2138084"
Community content is available under CC-BY-SA unless otherwise noted.