Heroes Wiki
Register
Don't have an account?
Sign In
Advertisement
in: Honorable, Honest, Protector of Innocence,
and 26 more

Keep as many people alive as possible (partially succeeded)

Roland Tembo is the secondary antagonist of The Lost World: Jurassic Park.

He was portrayed by the late Pete Postlethwaite.

Tebmo spent much of his adult life as a big game hunter, mainly reside at a ranch in Kenya. After many successful years of hunting, Tembo became bored due to believing there was no challenge left for him. Eventually, he found his new challenge in the shape of a hunting campaign at Isla Sorna, ordered by no other than InGen's new CEO Peter Ludlow. The agreement was that Tembo will catch dinosaurs for Ludlow's vision of recreating Jurassic Park, in exchange for the right to hunt a tyrannosaur.

Tembo arrived to Isla Sorna, accompanied by the InGen hunters under his command, his close friend and life-long hunting partner Ajay Sidhu and his new boss Ludlow, and soon rounded up some dinosaurs.

At nightfall, Tembo and Sidhu sneaked to the t-rexes' nest and took their infant in order to lure the buck coming to them. However, Tembo's plan to lure the buck was put on hold after Nick Van Owen and Sarah Harding infiltrated the camp, released the dinosaurs from their cages and took the infant away. The infiltration caused a major havoc at the camp, as well as leading the t-rex couple to Nick and Sarah, which cost Eddie Carr's life and put the others in grave danger when the furious parents pushed the trailer from the cliff. Despite Nick's actions toward him and his people, Tembo saved him along with the rest of the group by pulling them up and took them in to the larger group at his command.

Tembo took the infant t-rex again, this time being successful at luring the t-rex couple coming to him. When the t-rexes attacked the group, with the Doe chasing after the humans and the Buck staying behind to search for the infant, Tembo took the opportunity to shoot at the Buck. However, he was forced to shoot tranquilizing darts, as Nick emptied Tembo's gun from live ammo. He succeeded at catching the Buck and his infant. Unfortunately, his success cost him the heavy price of losing most of his comrads both to the Doe and to a pack of raptors hidden in the long grass. The worst price for him was losing Sidhu to the raptors. Ludlow thanked him for his efforts and offered him a permanent job in the new Jurassic Park, but Tembo declined it, refusing to stay "in the company of death".

During his tour of Isla Sorna, Roland showed that he was a level-headed and serious man, taking charge with an iron fist and making sure his subordinates made no mistakes while still being concerned about their well-being.

Unlike any other major antagonist in Jurassic Park Franchise, Tembo have a strong compassionate side, which was shown when asked that no one tell Kelly about the gruesome death of Dieter Stark, and when he saw Sarah's bloody jacket, thinking it was her blood, he immediately made sure she was alright. This, along with his defense of the waitress in Mombasa, suggests that he respects women. Notably, Roland had little to no interest in financial compensation for the expedition and considered hunting down the T. rex his sole reward for the mission.

Roland also shared an especially close friendship with Ajay, and when news of his death hit him, he made the decision to quit working for InGen for good. 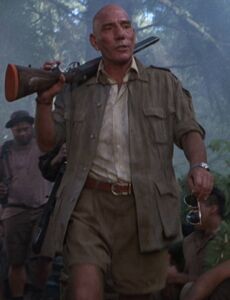 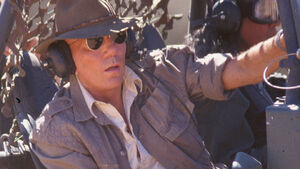 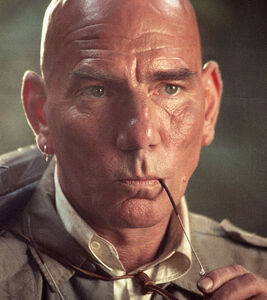 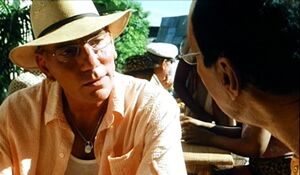 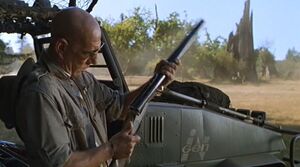