Member of the Greil Mercenaries

Rolf (ヨファ, Lofa in the Japanese version) is a playable character in Fire Emblem: Path of Radiance and Fire Emblem: Radiant Dawn. He is a member of the Greil Mercenaries, the younger brother of Oscar and Boyd, and the youngest member of the mercenary company. Despite all of this, he is a very mature, loyal young man. He was first taught how to use a bow by Shinon, so that, like Mist, he could be of some use to the group rather than staying behind every time the company went to work. Shinon told Rolf during his training never to tell anyone who taught him, and he remained faithful to that promise, although his eldest brother, Oscar, could detect the secret. He never told anyone, either, respecting Rolf's oath.

It is revealed in a special Info conversation that he is, in fact, Oscar's and Boyd's half-brother: they share the same father, but have two different mothers. When the younger brothers were only very little, Rolf being an infant at the time, she abandoned her sons and their bedridden father for another love interest, leaving Oscar to take care of the family. Although he is given the opportunity to return to his mother once she begs, he chooses to stay with his brothers, stating that she is only a stranger to him. He would much prefer staying in the company of what he considers his true family: Oscar, Boyd, and the rest of the Greil Mercenaries.

He can perform a Triangle Attack with his brothers under certain conditions, being that Oscar and Boyd upgraded classes with the ability to use bows. This is a default setting in Radiant Dawn (keep in mind that Oscar must be a Silver Knight, and Boyd must be equipped with a crossbow of some kind), but optional in Path of Radiance. 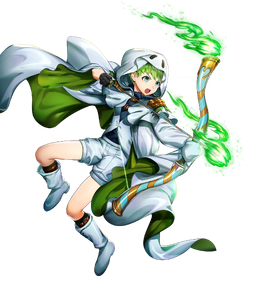 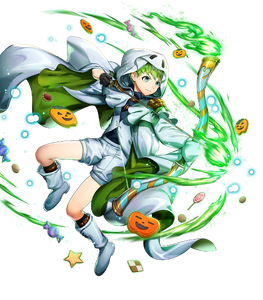 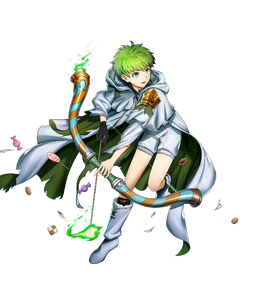 Retrieved from "https://hero.fandom.com/wiki/Rolf_(Fire_Emblem)?oldid=1956355"
Community content is available under CC-BY-SA unless otherwise noted.