Helping Dr. Light and his friends in the house

Roll is the kind-hearted humanoid robot and the little sister of Mega Man and Proto Man, who is created by Dr. Light and became a house keeper for helping around Light's laboratory by both cleaning and cooking. Sometimes, her dream is to open a hospital and help people in one day. Roll is also one of the few female characters in the entire classic Mega Man series so far, and introduced as the only first female robot before Kalinka, Plum and Splash Woman were orderly appeared through the series.

Roll is a female robot designed for housekeeping instead of fighting. She is the younger "sister" of Mega Man, and plays a supporting role in the first game, and plays a major role in the following games. She first appears very briefly during the ending of the very first game of the series. Her name was never mentioned until Mega Man 3, marking her return, where her entry in Dr. Light's robot list is shown during the ending. She also appears in the "Navi Mode" of Mega Man 2 in the Mega Man Anniversary Collection to provide gameplay hints to Mega Man.

Roll is usually depicted in a red outfit with blonde hair in a ponytail. In Mega Man 8, she wears a new black and red dress with red boots and a green ribbon tying her ponytail up. 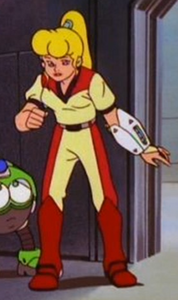 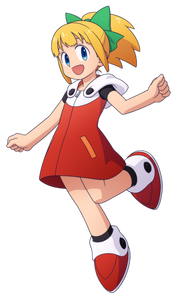 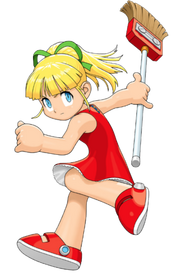 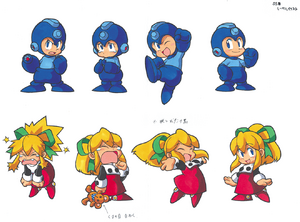 Retrieved from "https://hero.fandom.com/wiki/Roll?oldid=1724750"
Community content is available under CC-BY-SA unless otherwise noted.