Rooster (The Secret Life of Pets)

Howling to the moon

To train Max to be a brave dog. (Succeeded)

Rooster is one of the six tetartagonists (alongside Hu, Mel, Buddy, Norman and Sweet Pea) of the 2019 animated movie The Secret Life of Pets 2. He is a Welsh Sheepdog who works on a farm in which Max and Duke are visiting. He lives on a farm with his owner, a farmer, who is the uncle of Kate's husband.

He is voiced by Harrison Ford in his first animated role.

Rooster is a black, brown, and white Welsh Sheepdog. He wears a red scarf.

Rooster is first seen in an old pickup truck. When he watches Max, who's being chased by a Turkey, Rooster howls at the turkey. The turkey stops and is intimidated by him.

Rooster's name is first revealed when Max and Duke are playing around while Chuck, Shep, Katie, and Liam are eating dinner at night outside. Duke tells Max about the fireflies and Max catches a firefly on his tongue. Max attempts to get the firefly off, but isn't successful until he finds a water bowl and uses it to get the firefly off his tongue. Surprisingly, it was Rooster's bowl and Rooster gets mad and growls at him. Max apologizes, and Rooster tells Max more. Rooster says his name is on the bowl and he turns it around to reveal a picture of a Rooster.

Duke apologizes and mistakenly calls him "Mr. Chicken". In response, Rooster gets mad and asks the two dogs if he looks like a chicken. He then reveals his name as Rooster. After Max introduces himself, Rooster sees Liam and wonders what he's doing in a playpen. Max explains Liam likes to run. Rooster believes Liam should be free to run, but Max tells him Liam is super fast and could climb a tree. Rooster does not see the issue of Liam being in the tree. Max, now irritated, claims Liam could fall and hurt himself. Rooster explains if Liam falls and get hurt, he will not climb the tree again. He explains to Max he only chewed up one electrical cord after being shocked.

When Max tries to find a quiet place to sleep, he ends up being chased by a fox. Luckily, Rooster chases it away. Max explains he couldn't see him because of his cone. Rooster tells him to get rid of it, but Max explains it was given to him by his vet, and is about to explain how the vet was crazy, but Rooster interrupts him by ripping off the cone. He then walks away.

The next morning, he comes across Max and Duke, who are reading Little Red Riding Hood to Liam. When Max reads about the Big Bad Wolf disguised as the grandma, he shuts the book and makes up the ending, but Rooster reveals that the Big Bad Wolf ate the grandma and he tells the real ending. Liam blows a raspberry at the Big Bad Wolf. Max becomes irritated and tells Rooster that he’s trying to prevent Liam from being scared of everything, but Rooster teases him once more, saying that he’s afraid of everything. Duke tries to defend Max by trying to figure out what he’s not afraid of, but he comes up with nothing.

Later in the afternoon, Rooster herds cattle and stops a stampede. After he finished, he closed the pen. Duke and Max are watching him, but a pig is in the way. Duke thinks that they should let Rooster know that the pig escaped, but Max believes he can do it on his own. Max tries to tell the pig to move, but it refuses. He climbs on top of the pig’s back. Max decides to bite the pig's tail. The pig squeals and flings him off, causing Max to fly into the sheep pen.

The sheep pen broke, causing all the sheep to escape. When Rooster appeared, he herded most of the sheep back together, until he finds that Cotton, a young lamb, escaped. Rooster then asks where Cotton is, to which an older sheep tells him he went into the woods. Rooster orders Max go along with him. Max wants Duke to come too, but Rooster firmly tells Duke to sit and only wants Max to come. Rooster went through swiftly while Max had trouble when they get to a tree on a cliff and see Cotton munching on apples on the tree. Rooster makes Max go along since he says that the the tree can't support his weight. Max reluctantly gets on the tree and after a bit, the tree breaks, but Max has already rescued Cotton, while the party goes back to the farm.

Later that night, Max follows Rooster to the truck while the turkey follows him. Max tells Rooster that he‘ll be leaving the next day, and wants to thank him, but is interrupted by Rooster‘s howling. Max asks if he needs privacy, and Rooster explains that’s just what dogs do out in the country. He then asks Max if he wants to join him. Max accepts and jumps on to the car. At first, Max’s howl sounds weak, but Rooster tells him to do it deeper, from his gut, while howling with him. This time, Max lets out a louder howl. The two dogs spend the night howling at the moon.

The next day, Rooster gives Max his bandanna as Max and Duke get in the car, ready to leave to go back home. As they're leaving, Duke says goodbye and Max thanks him. Rooster struggles to say goodbye, while the turkey is nearby him, interrupting his moment. 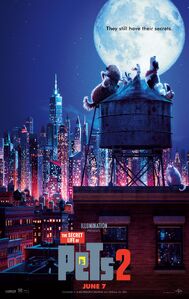 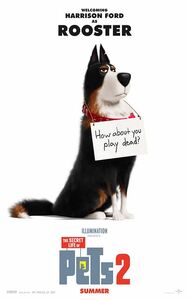 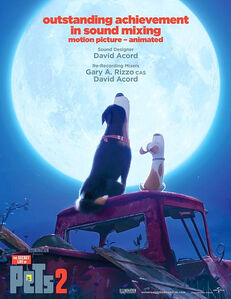 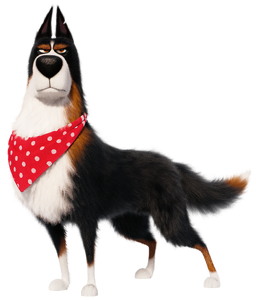 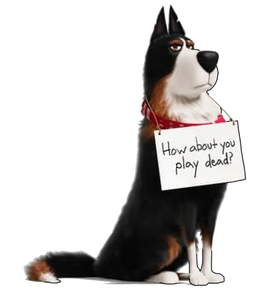 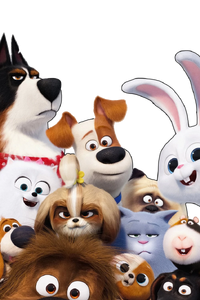 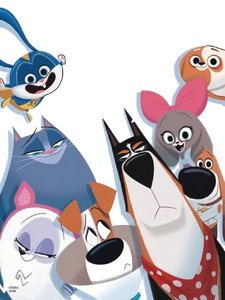 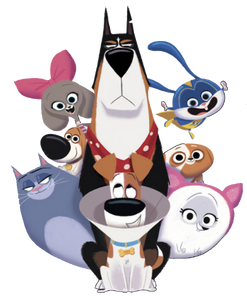 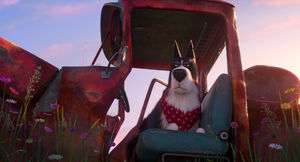 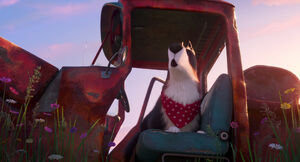 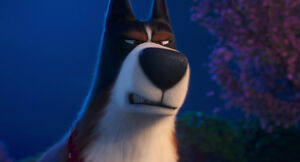 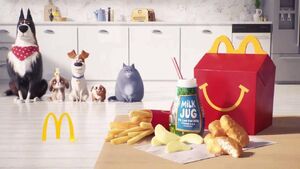 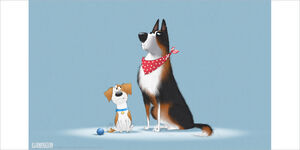 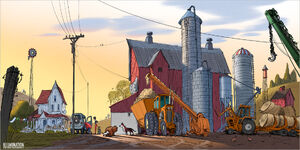 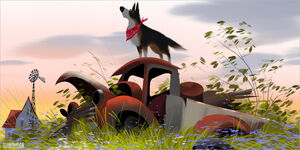 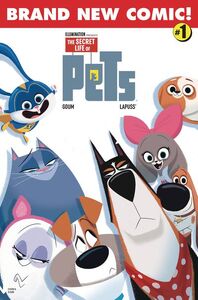 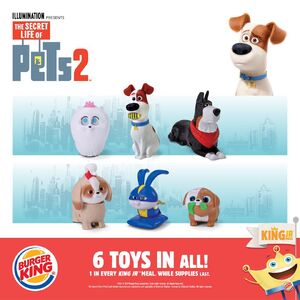 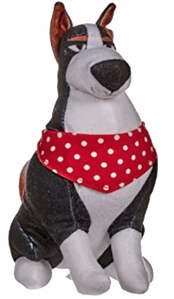