Stop M.Bison from taking over the world.

Rose is a supporting heroine from the Street Fighter series of fighting games. She is an Italian fortune teller who was actually born from the good half of Bison's soul, which split off from him when Bison removed it. She wields "Soul Power", a pure version of Bison's evil Psycho Power. She confronts Ryu in Alpha 3, warning him about Bison's intent to find a new body. When Bison is killed at the end of Alpha 3, he takes possession of her body so he can wait until he gets a new one. After Bison obtains his new body, Rose is released from his control and seeks to destroy him for good this time. Her encounter with Bison in Street Fighter IV goes south and she is rescued by Guy. By the time of Street Fighter V, she has taken on an apprentice, Menat, who appears to Ed to tell him of his destiny.

She is voiced by Akeno Watanabe in the Japanese version, and by Gina Grad in the English version as of Street Fighter IV.

Rose is a fortune teller from Genoa. During the events of Street Fighter Alpha 2, she sensed that Doomsday was approaching, and knew a person of great evil was causing it. She realized that this person was M. Bison and she set out to find him. When she encountered him, she defeated him and thought that she rid the world of him for good. Unfortunately, after reading her tarot cards, she discovered Bison was still alive.

During Street Fighter Alpha 3, Rose learned that she and Bison share the same soul, much to her surprise. When she encountered him this time, she punched through his chest and channeled her energy into his body. She used all of her Soul Power to defeat Bison, but it wasn't enough. Rose passed out from complete exhaustion, and was soon found by Guy (who she met earlier on when he went after Shadaloo). When Bison was defeated by Ryu (who destroyed his body temporarily in the process), Bison's soul went to the Psycho Drive. Charlie sacrificed his life to try and destroy the Psycho Drive, but was not successful. Bison's soul then went to Rose's body, making her his temporary host.

In Street Fighter IV, Rose learned by reading her tarot cards that Bison had survived Akuma's Shun Goku Satsu in the previous tournament. "The Fool" card was also revealed to her, which symbolized reckless heroism. Rose determined that the person represented by this card is the only hope for defeating Bison. She also decided that this person cannot defeat Bison until the stars align, and that she must protect him until such a time. Rose knew that she cannot defeat Bison herself, as she possesses the same power he has. During her participation in the tournament, she ran into Ryu who was planning on stopping his advancement for his own protection and stated that he is "the last hope". This resulted in a battle that neither of them wanted to have.

After the SFIV tournament, Bison ambushed Rose and grabbed her by the face. He decided to let her live and left her unconscious, believing that she will make excellent fodder for his insatiable spirit. However, Guy confronted Bison and demanded that he hand her over or he would destroy Bison's jet - his only source of escape. Bison reluctantly agreed, and Guy allowed him to escape. Rose eventually woke up and decided that there is still work left for her to do. 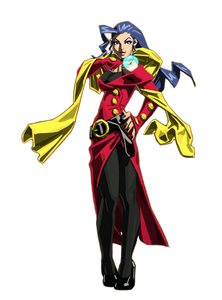 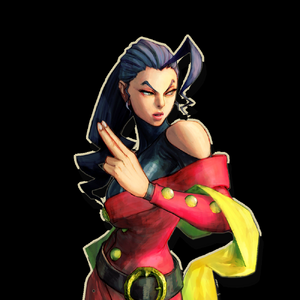 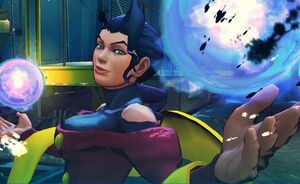 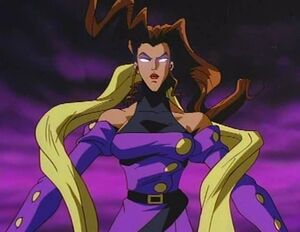 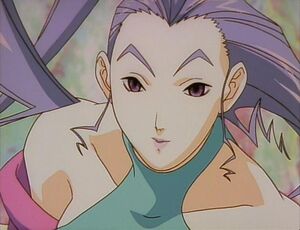 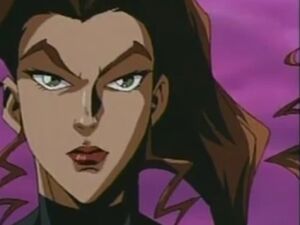 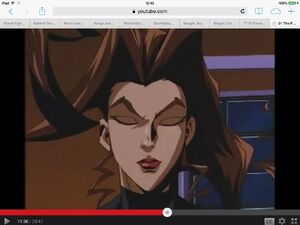 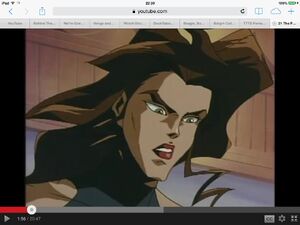 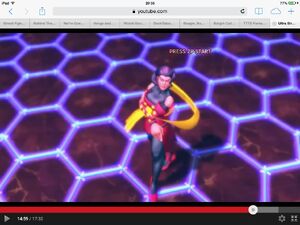 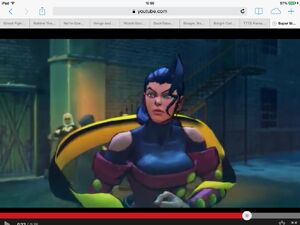 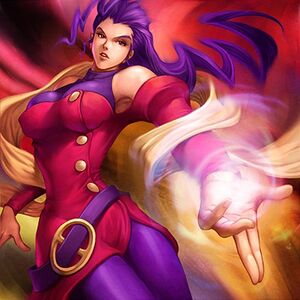 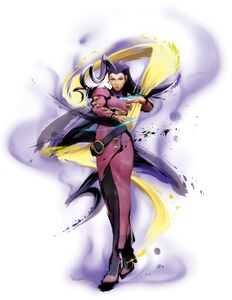 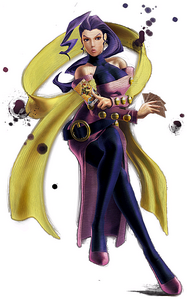 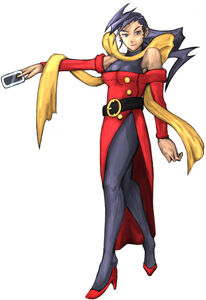 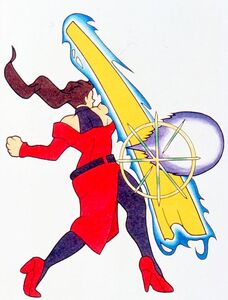 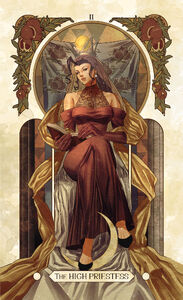 Rose on her own tarot card (courtesy of Capcom artwork collection)