Be with Jack and not with Cal Hockley (succeeded, until he died).

Escape the Titanic sinking (succeeded).
Live a new life and have a family in America (succeeded).
Reunite with Jack (failed in life, possibly succeeded in afterlife).

Staring up at the sky, Look. It's so beautiful. SO vast and endless. They're so small. My crowd, they think they're giants. They're not even dust in Gods eyes.Rose.

Rose Dawson Calvert (née DeWitt Bukater) is the female protagonist of James Cameron's 1997 romantic disaster film Titanic and the love interest of Jack Dawson. As a teenager, she was portrayed by

, who also voiced Rita Malone in Flushed Away. As an elderly woman, she was portrayed by the late

Rose was very pessimistic about her life due to the first-class life she was being pulled into by Cal and Ruth. She had also convinced herself that committing suicide by jumping off of the ship was the only way to save herself from her torturous first-class life.

She was also polite (most of the time; there were a few incidents in which she refused to be polite), mainly because she was forced to be. She was very intelligent and well-educated. She was also very passionate.

Rose also wasn't afraid to get violent as shown when she ruthlessly broke a man's nose with a single punch when he wouldn't let her go save Jack and when she forcefully pushed a man against the wall and ordered him to take her down.

Rose was incredibly brave and was an extremely talented actress. During her elderly life, Rose began to forget certain things. However, she still was the same kind-hearted woman that she used to be.

She could hardly walk, too. She did very little of it and was often wheeled around in a wheelchair.

In 1912, Rose boarded the luxurious RMS Titanic in Southampton, England, with her snobbish, image-conscious mother Ruth DeWitt Bukater and her fiance Cal Hockley.

Tired of her repetitive lifestyle and her treatment by people as though she's a helpless child, she attempted to commit suicide on the Titanic by attempting to throw herself off of the ship.

She was saved by a handsome third-class artist named Jack Dawson. He convinced her that she should not try and kill herself. On the way back up, she slipped on the railing and, even though Jack saved her, her terrified screams were heard by three of the crew members who came rushing in an effort to assist her.

When Cal caught them sprawled out on the floor together, he attempted to arrest Jack, although Rose saved his life by telling Cal that he saved her. Cal then invited Jack to dinner in the first-class dining area.

The next day, Rose searched for Jack to thank him for what he did. When she found him on the boat deck, they talked for hours about their personal lives and Rose's hopes and dreams that she knew could not be achieved if she married Cal.

When Rose saw Jack's sketchbook, she looked through it and was amazed and shocked to find that a man as poor as he could travel to Paris, France. She also believed that one of the subjects that he had drawn was involved in a love affair with him which he denied.

Later on, Jack showed that Rose how to spit "correctly" off of the side of the ship until the Countess of Rowes, the feisty Molly Brown and Ruth caught Rose doing this. When Rose left with the other women to go dress for the dinner that night, Molly took Jack under her wing and lent him a tuxedo originally intended for her son.

While at dinner, Jack charmed the entire table by telling them stories from his life and his way of life. Before he left, he left a note in Rose's hand saying, "Make it count. Meet me at the clock.." Rose met him at a large clock on the ship, where Jack and her danced at a party that several members of the crew and passengers were in. Spicer Lovejoy, Cal's manservant, however, had snuck off to spy on Rose and Jack.

The following morning, when Rose had breakfast with Cal, Cal said to her that she "didn't come by that evening", implying that their usual habits were to sleep together. When Rose explained that she was too tired, Cal lectured her for not behaving like most first-class women.

Cal then lost his temper and stated that despite the fact that she was not yet his wife by law, she was in practice and had to honor him. In his rage, he threw aside their breakfast table and stormed out of the room.

After Cal and Rose's maid, Trudy Bolt left, Ruth entered and explained to Rose that she could not see Jack anymore because of the debt her father had left them.

On the afternoon of April 14, Rose was on the deck with Thomas Andrews, the builder of the ship, Cal, and Ruth, when Jack grabbed her and took her into the gymnasium.

Although he explained to her that she was not like the rest of her family, she stubbornly returned to Cal's side. Before doing so Jack told her that if she doesn't break from her family, she's going to be miserable for her whole life.

Later that day, she thought about what Jack had said and realized that he was right so went out in search of Jack, finding him at the bow of the ship where they shared their first kiss as the sun slowly went down.

After, Rose asked that Jack draw her wearing nothing but her Heart of the Ocean necklace. She stripped down in her suite and posed nude for Jack to draw her.

When he finished, Rose put her clothes back on and put the sketch in Cal's safe with the necklace and a taunting note. Afterwards, the two were found by Lovejoy and were chased by him, the couple locked him out of the ship's boiler room were they ran to.

They then ventured off and found themselves in the backseat of William Carter's new Renault traveling car, which was located in the cargo hold, and made love in the backseat. They then returned to the deck where they kiss and are witnessed by an impressed Officer Murdoch, Frederick Fleet and Reginald Lee.

Cal, meanwhile, had become enraged and chased Rose and Jack through the ship with Spicer Lovejoy's Colt 1911 .45 in an effort to shoot them. He was forced to let them escape when his gun ran out of bullets, however.

Rose and Jack, meanwhile, had found a young boy crying and had taken him in an effort to help the child escape, however his father got the wrong impression and took the child.

Rose and Jack were thrown into a metal gate after two doors bursts, drenching Rose and Jack in their already soaked clothing. Their last hope was a terrified steward, who, in an attempt to open the gate, dropped the keys in the water and fled, however Jack was able to retrieve it.

As more damage was done to the ship, the couple was able to get back to the top of the ship as it split into two pieces. Everyone was forced to grab on to something in order to avoid falling down, but they still toppled into the water.

Although there was not anything for Jack to get on to survive the freezing water, he insisted that Rose get on top of an old door that was left floating in the water.

Jack was slowly dying of hypothermia, though. He promised Rose that as long as she stayed on the door, she would be alright. He also promised that she would die a painless death in her sleep and live a long happy life.

Jack died soon afterward. While Rose was not as severely affected by the hypothermia, it was slowly seeping through her. She could hardly speak. When she saw Jack dead she was ready to give in but remembered her promise to Jack. So, she tried to call the life boat but was unable to.

She had no choice but to let go of Jack's body, telling him that she will fulfill her promise to never let go, to him and tearfully watch his body sink into the bottom of the Atlantic.

Rose used a nearby whistle to call to the lifeboat near by the rescue her. Soon after she was taken to RMS Carpathia, the ship that had come to save the victims of the Titanic. They rescued her.

While on it, she saw Cal one last time, but hid her face in a blanket in order to avoid him; she later learned, through the paper, that Cal lost his fortune in the Stock Market Crash of 1929 and shot himself through the mouth with a pistol - something which, though she never admitted, probably pleased her to no end.

When the ship entered New York City, a steward asked for Rose's name, and she responded "Rose Dawson", taking on Jack's name despite that fact that they were never wed - though they probably did plan to marry eventually and possibly to avoid being found by Cal and her mother, Ruth.

She went on to do everything she promised Jack she would do. She married, had lots of children, one of whom she likely named Jack in memory of Jack Dawson and became a successful actress.

She rode a horse, flew a plane and did lots of other things, everything that Jack had inspired her to do, but never truly forgot Jack, despite never speaking about him to anyone, not even to her future husband, children or grandchildren except Lizzy who wouldn't know until Rose was 100 years old and Jack only existed in her memories where he would remain for 84 years.

Treasure hunters led by the famed treasure hunter Brock Lovett came and asked Rose about the Titanic 84 years later, when she was an old woman, aged one hundred years old.

That night, after the treasure hunters left, Rose dropped the Heart of the Ocean into the ocean, sending it back to the wreck of the Titanic where it belonged. She always kept it, never sold it because she felt like she didn't need Cal's money to ever help her. It's implied that she didn't 'like' money, she didn't see it as an 'essential'.

The end of the film is up to personal choice what happens, people translate that she dies, but others think that she had a dream, like in the theme song "My Heart Will Go On" by Celine Dion, as it quotes "every night in my dream, I see you, I feel you" in her dream at the end she dreams that she is with Jack and that she is with the Titanic.

As she died or dreamed, her spirit went to the Titanic wreck and as she walked along it, the Titanic began to look fixed again and looked like it never sunk.

As she entered to the Grand Staircase she was greeted by everyone who perished aboard the Titanic and reunited with her first, and only true love, Jack Dawson.

When she did, she turned back into the 17-year-old Rose and they kissed for the first time in 84 years which everyone clapped as they began their new life in the great beyond. 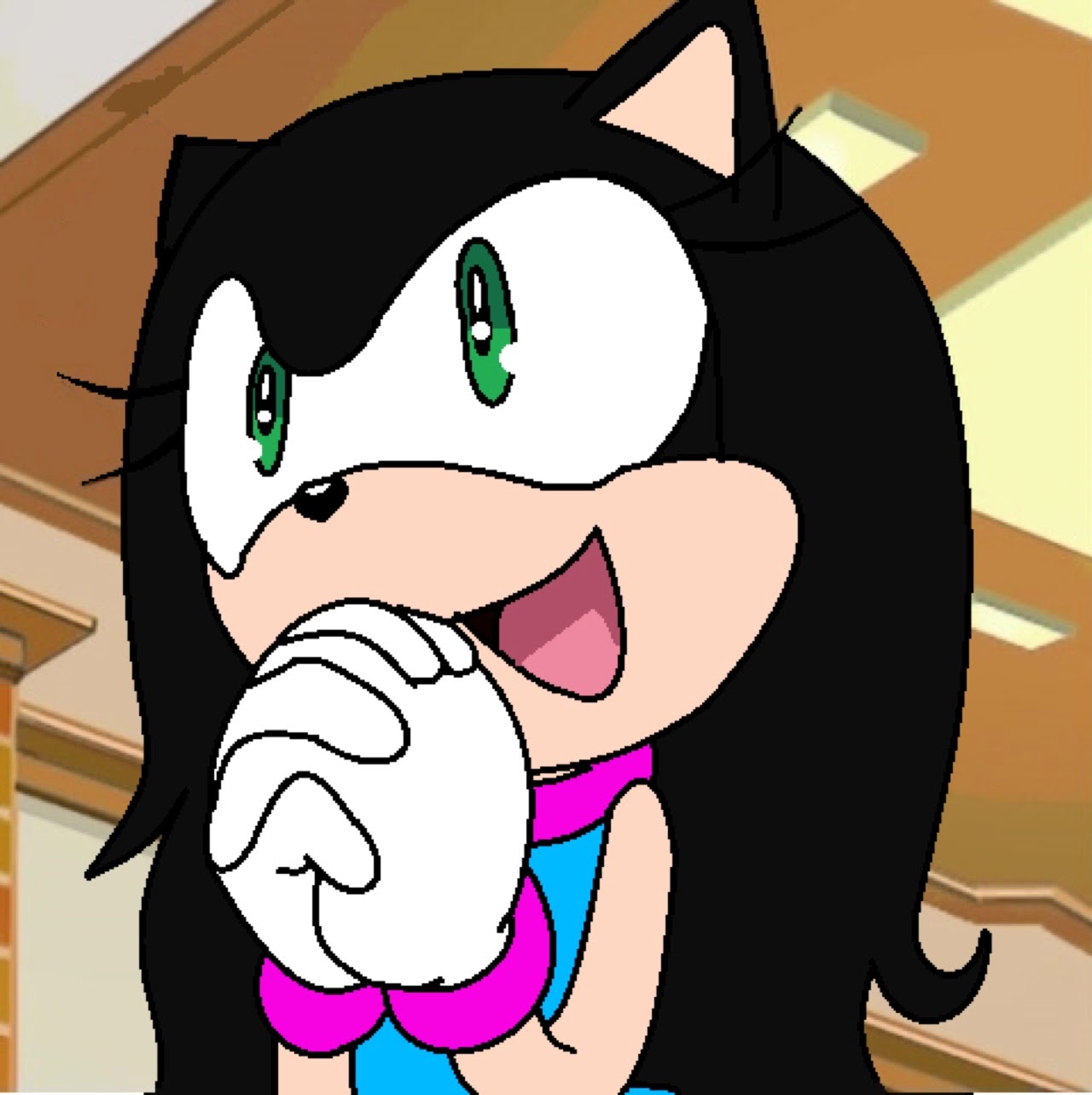