Resistance Maintenance Worker and Fighter
Crew Member of the Raddus

Defeat the First Order and avenge the her homeworld hays Minor

Rose Tico is one of the secondary protagonists of Star Wars: Episode VIII - The Last Jedi and also appears in Star Wars Episode IX: The Rise of Skywalker. She is a human mechanic and pilot who fights in the Resistance due to her strong desire to see the galaxy free of corruption and tyranny, stemming from a traumatic childhood in which she was constantly exposed to organized crime.

She is portrayed by Kelly Marie Tran.

She joins Finn in his mission to find a decoder and decrypt the codes to a Star Destroyer that would allow the Resistance a victory. The two alongside BB-8 went to Canto Bight to meet Maz Kanata's "master codebreaker", but were arrested by the police. Rose and Finn met DJ, who told them that he could help them escape. After escaping from Canto Bight with the help of a young slave, the trio went onboard the Supremacy, but were captured.

While said mission fails, Rose manages to escape to the newest Resistance base, an abandoned Rebel Alliance outpost. When Kylo Ren threaten to fire a Death-Star-level cannon at the base, Finn tries to use a mothballed fighter to detonate the cannon, but Rose stops him. When Finn asks why she did it, she replies that the way to win is saving what we love. She then kisses him before falling unconscious from of her wounds. She ends up gravely injured, but saves Finn from a certain death. Finn and Rose developed romantic feelings for each other during their mission. After Luke Skywalker distracted Kylo Ren, Rose is brought still unconscious to the Falcon, and Finn is seen close to her, covering her with a blanket. 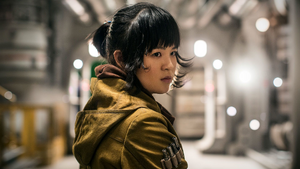 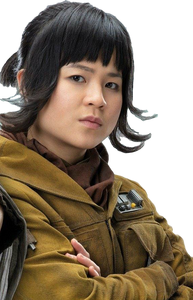 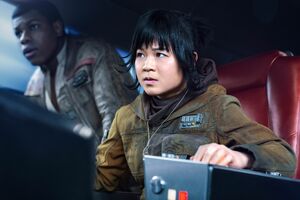 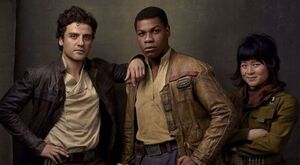 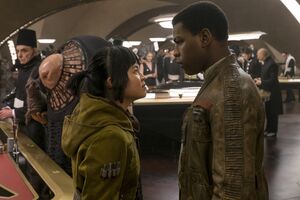 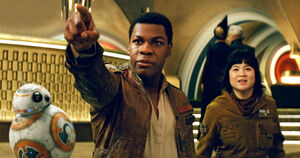 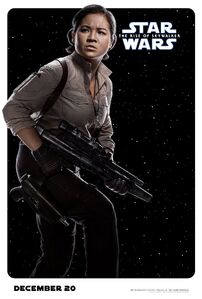 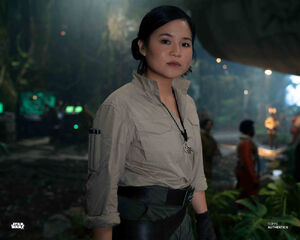 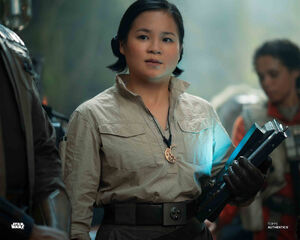 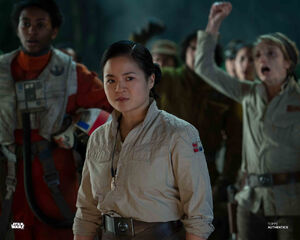 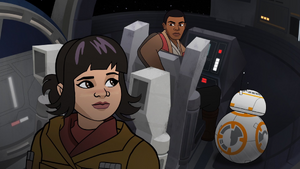 Retrieved from "https://hero.fandom.com/wiki/Rose_Tico?oldid=1800818"
Community content is available under CC-BY-SA unless otherwise noted.