Kid
Animal Kindness
Damsel
Roshan (nicknamed Squirt and Pinky) is the baby who the Sub-Zero heroes returned to their father, and an important character in the first film in the Ice Age franchise.

Roshan's main caregiver was Sid, the only member of the group who initially had some interest in him, due to Manny being too cynical to care and Diego secretly planning to abduct him and take him to Soto. Manny, after his previous experience with humans, is reluctant to have something to do with the baby, but ends up relating to him. Diego eventually softened toward Roshan, as well, and admitted the truth of his mission to Manny and Sid before they hatched a plan to defeat Soto and his fellow sabers for good.

At the end of the film, Roshan reunites with his father and the rest of his tribe. Runar is particularly happy to learn that the baby learned to walk during his time with Manny, Sid, and Diego. Roshan is brought back home and the trio continued their journey south, parting ways. 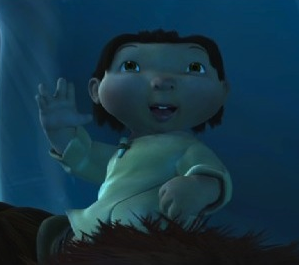 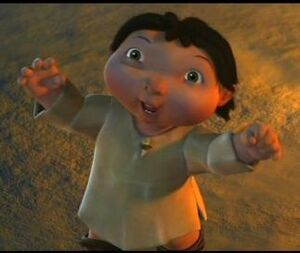 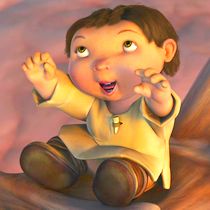 Retrieved from "https://hero.fandom.com/wiki/Roshan_(Ice_Age)?oldid=1790448"
Community content is available under CC-BY-SA unless otherwise noted.