Build a discount store in her homeland which has every good imaginable.

Rossweisse is one of the many female protagonists of High School DxD. A former bodyguard for Odin, she is currently acting as a Civics Teacher at Kuoh Academy. She is Rias' second Rook, alongside Koneko.

She is voiced by Ai Kakuma in the Japanese version of the anime and Mallorie Rodak in the English version, the latter of whom also voices Orsola Aquinas and Yukino Agria.

Rossweisse is a beautiful young woman appearing to be around the same age as Issei with long, silvery-white hair and light blue eyes. Her outfit is normally of a set of Valkyrie armor, which consists of a white chestplate with gold and pale blue accents and matching, fingerless guantlets, boots, hip guards, and wing-shaped hair clips. She also wears a black leotard underneath her chestplate, black thigh-high stockings. and a pale blue cloth wrap underneath her hip guards, all of which are clad with pink lacing along with her hair clips.

For her teaching position at Kuoh Academy, she wears a simple business suit and skirt.

Rossweisse is known to be a very serious person. She has a tendency to buy things at sales when they're cheap, allowing Issei to coin for her the nickname "The 100-Yen Shop Valkyrie". She is extremely bitter about not having a boyfriend and will get angry when made fun of because of that. Despite her seriousness, she is highly susceptible to alcohol, and one drink from it can leave her drunk and vomiting for extended periods of time. In Volume 12, she becomes interested in Issei.

Rossweisse was raised in the countryside by her grandmother as both her parents are warriors who serve the Norse Gods and rarely come home. At some point before the series, she was appointed as Odin's bodyguard. During her time with Odin, Rossweisse was basically used as a maid by Odin, taking care of him during his trips, supporting Odin with his daily life despite her small salary and was even mistreated by her fellow Valkyrie who calls her Odin's "Servant Girl".

Rossweisse makes her first appearance in Volume 5 as Odin's bodyguard, reminding him of his status and telling him not to look at Serafall Leviathan lecherously. Odin responds by mocking her for not having a boyfriend.

She later reappears in Volume 7 during Issei and Akeno's date, scolding them for being in the motel during the day and telling them that high-school students should stay home and study. She then accompanies Odin to the Hyoudou Residence, scolding Odin for looking at Rias and Akeno's breasts lecherously before introducing herself to the Occult Research Club and was embarrassed when Odin added the point on her not having a boyfriend. She later helps in the battle against Loki and Fenrir and sealed Loki with her spells. She was abandoned shortly after that by Odin much to her horror, claiming that she was fired. She was then persuaded by Rias into becoming her servant, seeing all the benefits she can get by becoming a Devil and having a stable job of becoming a teacher at Kuoh Academy.

In Volume 9, she accompanies the second-year students to Kyoto. When Issei attempted to peek at the girls, Rossweisse attempted to stop him only to become another victim of Issei's Dress Break, much to her horror due to the fact that her jersey (which was bought under discount) was spoiled. When Issei sees Azazel drinking in the morning telling him that it is not good for health, Rossweisse strongly agrees and lectures Azazel on the fact but was cut short after having being teased by Azazel on not having a boyfriend. Angered by that, she snatches his alcohol and drinks all of it, making herself drunk. This action, however, would indirectly cause her loss when she fought against Heracles.

In Volume 10, she and Koneko fought against Misteeta Sabnock and Gandoma Balam at the Rating Game between their masters, winning the match. She, Xenovia, and Yuuto Kiba would then face Sairaorg Bael but lost to the latter.

In Volume 11, Rossweisse goes back to Asgard to train after her defeat in Kyoto and in her match against Sairaorg but reminded Issei of his mid-term test and prepared a question paper for his reference before leaving.

In Volume 12 , she returns after learning various defense magic from her country, which allows her to defend against attacks that are 10 times more powerful than Heracles' Balance Breaker. She also told Rias and her comrades about the rumors that she heard in her homeland regarding the Vampires, that a certain noble Vampire house captured a Longinus possessor which lead to battles between Vampires. After Issei successfully passes his Middle-class Promotion test, Rossweisse like all the female members of the Occult Research Club, decided to go out on a date with Issei.

During the events of Volume 14, Rossweisse participated in the meeting of Mephisto Pheles in regards to making a pact with a Magician due to the Gremory group's recent popularity. Later, she participates in the meeting with the Vampires from the Carmilla Faction. She, along with with rest of the Gremory group (excluding Rias and Kiba), later team up with the Sitri group to rescue Ravel, Koneko, and Gasper after the three were taken captive by the Magician Faction. 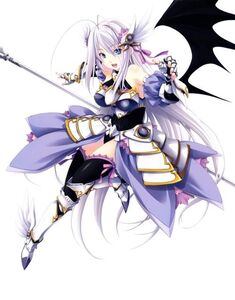 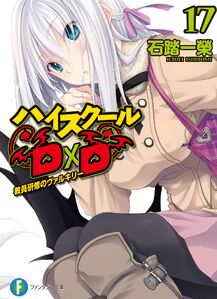 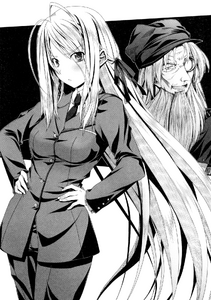 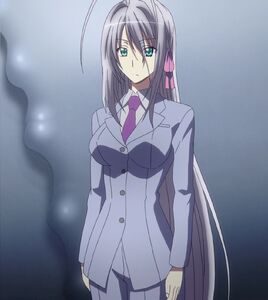 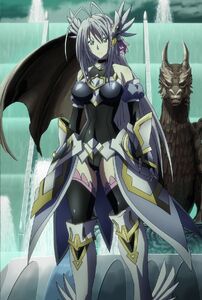 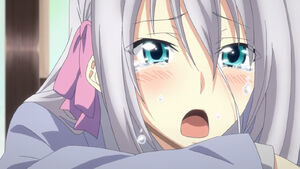 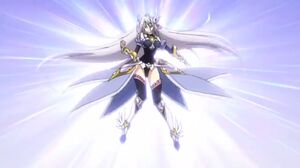 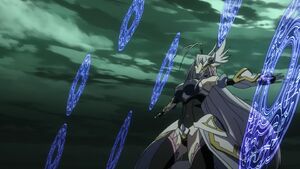 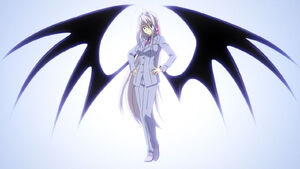 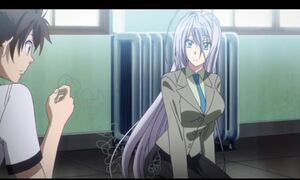 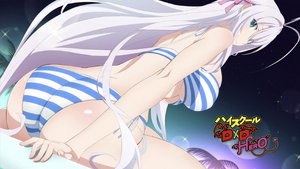 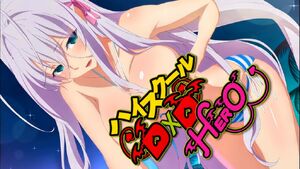 Retrieved from "https://hero.fandom.com/wiki/Rossweisse?oldid=1862483"
Community content is available under CC-BY-SA unless otherwise noted.