Rosy is the secondary tritagonist and the owner of Jenna when she was a little girl in Balto. She was voiced by Juliette Brewer as a girl and played by Miriam Margolyes as an adult.

As a little girl, Rosy is very kind and sweet, having a close friendship with Jenna. In the beginning, she was the only human who genuinely likes Balto and tries to befriend him.

This carries over to her as a woman old enough to be a grandmother as she remembers Balto for having saved her life by bringing the medicine.

Rosy first appears in the live-action opening, walking with her granddaughter and their dog through the park to find the statue of Balto.

Her granddaughter complains that they'll never find it, but Rosy called Grandma assures her that they will and offers to tell her a story about Balto. She opens the first scene as she recalls it.

She appears as a little girl who was excited over receiving her first sled from her parents and the carpenter who made it for her.

With a musher's hat, she immediately harnesses her dog, Jenna to the sled and head off to the dog-sled race.

At the dog-sled race, she temporarily lets Jenna loose before eventually looking for her and hugging her while they watch the dogs coming in.

Then, she starts to cheering for Steele's team until her hat is blown away by the wind into the racing track.

Then, she tries to get it, but Jenna grabs hold of her jacket to avoid letting her to get run over in the race. Then, Balto intervenes to jump into the race and retrieve the hat for her.

Later, Rosy is grateful to Balto, mock-admonishing him for doing such a crazy thing just to impress a pretty girl and tries to harness Balto to her sled as well so he and Jenna can be a team together, but her father stops her and pulls her away to scold her about how Balto is part-wolf and will bite her.

Then, she protests, telling her father that he hurt Balto's feelings as Balto leaves and she has to head home with her parents and Jenna.

Later, Rosy ends up in the hospital with numerous other children. When she sees Jenna waiting outside through the window, she runs out to play with her before her father catches her outside and brings her back in.

Once back inside, the doctor checks her vital signs and puts her to bed, telling her to get plenty of rest while leaving to tell her parents that she, like many other children in the town, has caught diphtheria.

While she lays ill in bed, Jenna keeps watch over her outside the hospital window. Eventually, her parents and the doctor allow Jenna to go in and visit her as a form of treatment.

Then, Jenna comforts her by laying her head next to her while she falls asleep again. Balto, watching outside the window, is further motivated by this in his decision to find the sled team to bring back the medicine.

Near the end, she was still lying in bed when Balto and the team arrive with the medicine.

Then, she receives it along with the other ill children and becomes recovered enough to sit up. When she sees Balto, she hugs him and thanks him by telling him, "Thank you, Balto. I would've been lost without you."

At the very end, Rosy finishes telling the story and she and her granddaughter continue the search until they find Balto's statue.

At the statue, while her granddaughter plays with her dog, the now-aged Rosy looks up at the statue and repeats what she said as a little girl, revealing to the audience that she was the same Rosy from the story.

Rosy has a cameo during the opening credits.

Rosy with her parents and her pet, Jenna 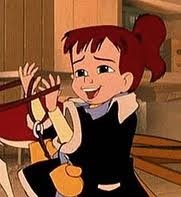 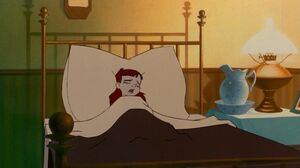 Rosy is sick suffering a severe case of diphtheria.

"Oh, Balto. I would've been lost without you!" 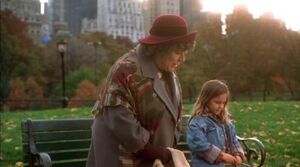 Add a photo to this gallery
Retrieved from "https://hero.fandom.com/wiki/Rosy?oldid=1893592"
Community content is available under CC-BY-SA unless otherwise noted.