Royce is one of the main protagonists in the live action movie Predators.

He was played by Adrien Brody.

Though initially self-centered and nihilistic, Royce gradually becomes noble enough to assist the other humans who are being hunted by the Predators alongside him, and also shows kindness to Isabelle, who in turn is the only one of the group who retains faith in him. He redeems himself in full when rather than escape on a Predator ship when he has the chance, instead goes back to save Isabelle from Edwin and with her kills the Berserker Predator. Afterwards the two at last tell each other their names and resolve to find a way off the planet together. 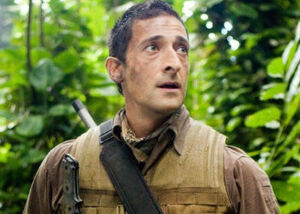