To return Boo to her door

She is voiced by Pixar story artist Bob Peterson. 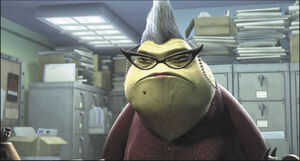 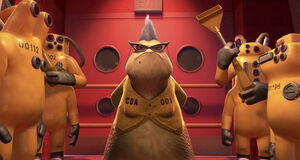 Roz revealing her secret and true identity and impressed with how Sulley and Mike managed to stop Waternoose.
Add a photo to this gallery

Retrieved from "https://hero.fandom.com/wiki/Roz?oldid=1858319"
Community content is available under CC-BY-SA unless otherwise noted.