Guardian
Member of the Crystal Gems

Ruby is a Crystal Gem that appears in Steven Universe. She is one of the Gems that fuse into Garnet along with her love interest Sapphire.

Ruby has bright scarlet skin, burgundy irises, and dark burgundy, square-shaped hair. She is slightly taller than Steven and has a thick build. She wears a maroon and brown tank top and a matching maroon headband tied around her hair. Her ensemble includes mid-thigh burgundy shorts, and short, pointed maroon boots similar to Amethyst's. Her gemstone is located in the palm of her left hand and has a square facet.

Before her and Sapphire's regenerations in "Jailbreak", Ruby's top was black and maroon, and she still had had her maroon headband and boots and brown shorts, as seen in "Three Gems and a Baby".

After her regeneration in "Change Your Mind", Ruby keeps the same tank top from her previous form, but now wears brown long pants and her headband is reddish-orange.

Approximately 5,750 years ago, Ruby lived on Homeworld as a common footsoldier.

Homeworld was attempting to create a new colony on Earth, which was overseen by Blue Diamond. She was part of the diplomatic team sent to stop Rose's Rebellion on Earth, as one of the three Rubies assigned to guard Sapphire, a Gem with prophetic vision, who was valuable for the dismantling of the rebels. When these attacked, the three Rubies fought back, attempting to fulfill their jobs, only for two of them to be poofed by Rose Quartz and Pearl before targeting Sapphire.

Before her imminent poofing, Sapphire thanked Ruby for her service, at which point Ruby realized Sapphire had already predicted this and that she knew she would be destroyed. Unable to accept that she had failed her mission, Ruby tackled Sapphire to protect her from Pearl and caused them to accidentally form Garnet, changing the prophecy foretold by Sapphire. They immediately defused and were surrounded by an angry crowd. Furious that Ruby interfered with the outcome of the battle (and participating in an unsanctioned fusion with a member of her court), Blue Diamond ordered that she be shattered. However, Sapphire grabbed Ruby and jumped out of the Cloud Arena towards the Earth below, landing them softly with her levitation.

Ruby was distraught that she was unable to protect Sapphire. When it began to rain, she carried Sapphire to a cave for shelter, where she saw Sapphire's single eye for the first time. The two talked about their experience and feelings being fused as Garnet.

Ruby and Sapphire grew closer and eventually decided to fuse again. Garnet was found by Pearl and Rose shortly after forming. Upon being met with acceptance and not revulsion, she began to bombard Rose with questions about the events and circumstances that allowed her to become Garnet, as well as her own feelings about existing as a fusion. Rose told her to "never question this", and said that she was already the answer to all her questions—love. This would be the beginning of Ruby's existence as part of Garnet for the next few millennia, fighting Homeworld with the Crystal Gems to protect Earth. 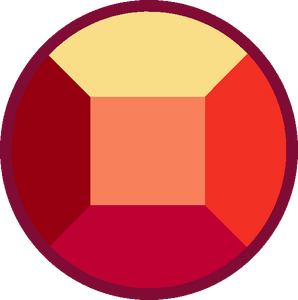 Ruby has a red stone in her left palm. It has a square aspect, the front and back are symmetrical, and it has a light pink ring around it, which is usually hidden inside her body, except when she is regenerating. It is a decahedron, specifically a truncated tetragonal dipyramid. 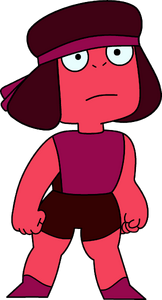 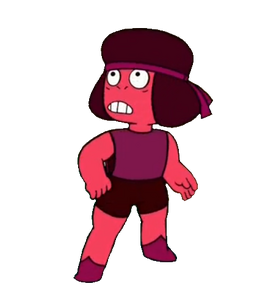 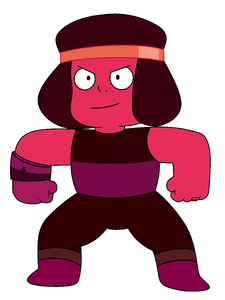 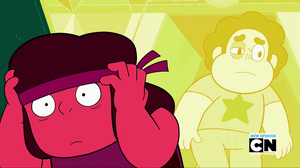 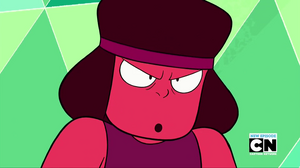 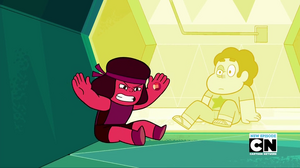 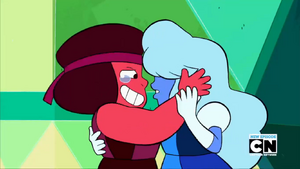 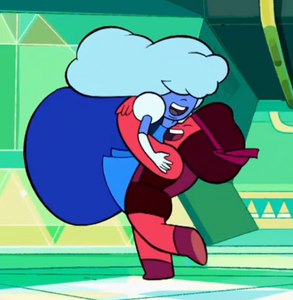 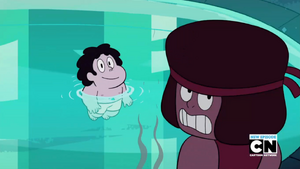 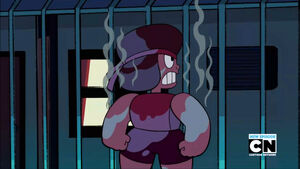 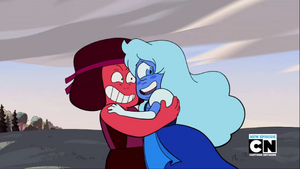 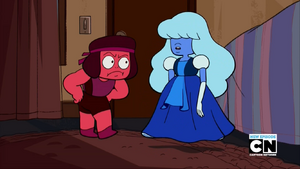 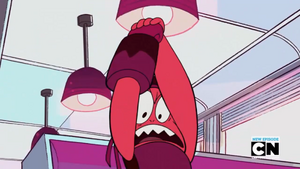 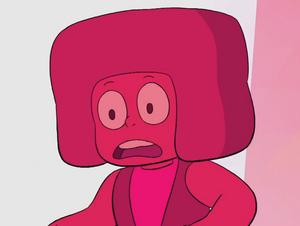 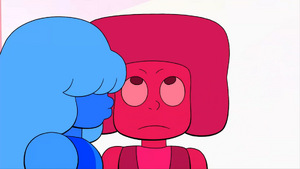 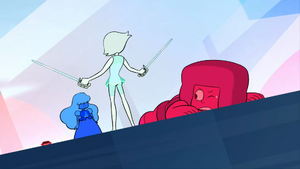 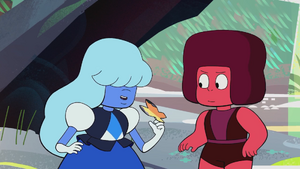 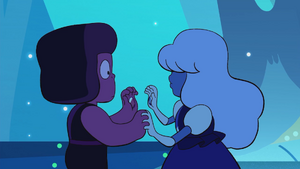 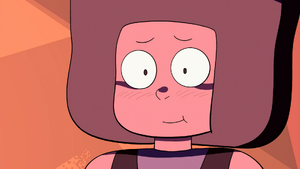 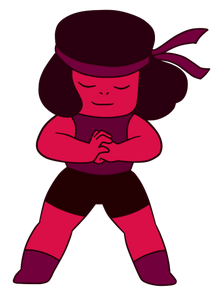 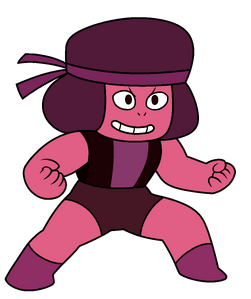 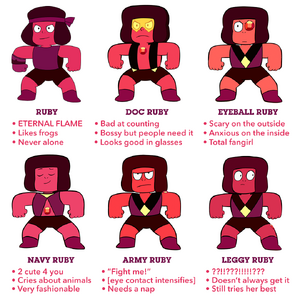 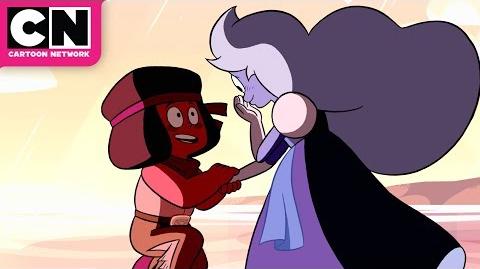 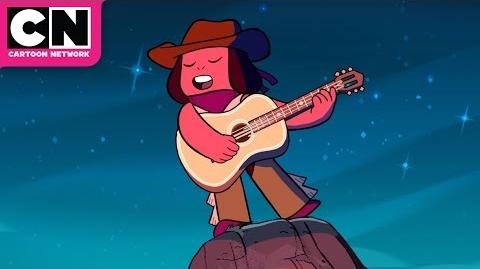