Princess of the Crows (formerly)

Rue (in Japanese:るう, Rū) is a former antagonist in the anime Princess Tutu. She is an advanced ballet student and is greatly admired by her peers. Like Duck, she also has a princess alter ego, the seductive and unkind Princess Kraehe. In the end of the anime, Rue ends up with the Prince (Prince Mytho) / (Siegfried) and becomes a beautiful princess.

Rue was kidnapped from her parents ever since she was a baby, by a group of crows that are affiliated with the Raven. The Raven named her Kraehe (which means crow in German) making her believing herself to be trapped in an ugly human body.

One day, when Rue was attacked by a group of ravens, Mytho saved her resulting her to love him instantly. She asked the Raven about him and he told her that Mytho (despite being the worst foe) is the only one who shows capability in loving and showing compassion to her.

This led her to crave more for his love and she tries to receive his attention by dancing, which makes her feel worse when he was asked to leave.

In the end, Kraehe sealed all her memories away and became a powerless Rue.

In one of the final episodes, Rue confesses her love to Mytho that she ended up receiving the Raven's rage.

Mytho who finally managed to beat the Raven, released Rue and took her as his beautiful princess. 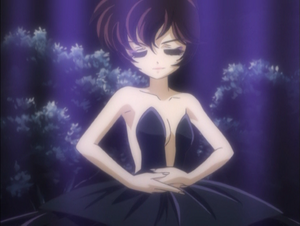 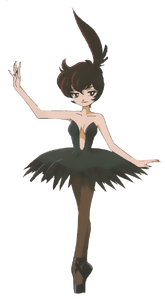 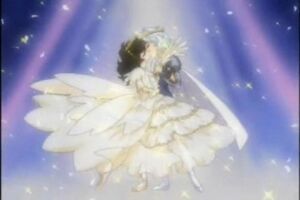 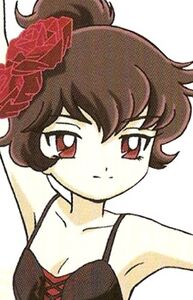 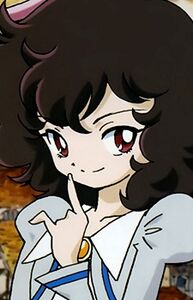 Retrieved from "https://hero.fandom.com/wiki/Rue_(Princess_Tutu)?oldid=1903862"
Community content is available under CC-BY-SA unless otherwise noted.