Practising her Kido, Hunting Hollows, Visiting Ichigo and her other friends in the World of the Living

Protect the Soul Society and Land of the Living

Rukia Kuchiki is the deuteragonist and lead heroine of the anime/manga series Bleach. She is a Soul Reaper/Shinigami and the one responsible for giving Ichigo Kurosaki his powers. At the end of the manga, she becomes Captain of the 13th Division, having formerly served as the Lieutenant under Jushirō Ukitake.

Rukia is a young girl with short black hair and dark violet eyes, Byakuya has commented that she strongly resembles her older sister, Hisana Kuchiki.

As a Shinigami of the Gotei 13, Rukia wears a standard Shihakushō. Sometime after Aizen's defeat, Rukia has her hair cropped into a bob that hangs about her face, she wears fingerless white tekkou that are similar to Byakuya's that extend to above her elbows.

As a lieutenant, she wears her Division Badge around her uniform's left sleeve, which has been shortened to just reach her upper arm.

Ten years after Yhwach's defeat, Rukia's hair is in a style similar to the time before Aizen's defeat, but much longer. She also now wears a typical captain haori over her usual Shinigami shihakushō.

Initially born into a lower class, Rukia retains her modesty even after being adopted into the Kuchiki clan, lacking her brother's aristocratic attitude. When she first became a Soul Reaper, her biggest worry was that that her new rank and rushed graduation from the academy would distance her from others and prevent her from being treated like a normal Soul Reaper, something she desired more than anything. It turned out she was exactly right, until Kaien treated her just like any other raw recruit.

As a result of his kindness, Rukia admired Kaien greatly and was completely grief-stricken when forced to kill him after he had been possessed by a Hollow. She blamed herself for his death even years after, especially since she had chosen to stand by and watch him get killed instead of stepping in. Because of her guilt, she secretly wished to give her life as penance for his death, which is why she was so willing to give her powers to Ichigo despite knowing that it was illegal, and gave herself over willingly after being put under arrest by Byakuya.

Rukia is graceful and "clean", yet chooses to talk to ordinary people. However, her cool and lone demeanor often forces her to hide her personal troubles, even from her friends. She also has a tendency to blame herself for things that aren't really her fault, a trait noted by Renji, who believes she should learn to share her burdens with others. Being more than a century old, Rukia is often clueless about the ways of the modern Human World e.g. she initially doesn't even know what a straw is. She is very good at acting, having acted her way through a number of tough situations, such as getting out of trouble with school teachers and convincing the Kurosaki family to let her stay at their house.

Rukia always has trouble finding clothes that fit her, especially when inhabiting a Gigai in the Human World, leading to her stealing clothes from Ichigo's sister, Yuzu. She likes to climb to high places, possibly due to her short stature. Rukia likes everything rabbit-themed, and becomes quite sensitive when someone, usually Ichigo, insults her obsession with them. People often have difficulty understanding her drawings, which are typically rabbit-like, and doesn't like it when people complain about their quality, which Ichigo always does. Rukia's favorite foods are cucumber, eggs, and rice dumplings.

Rukia is extremely brave, perhaps to the point of fearlessness, staying disturbingly calm in almost any situation, even life-threatening ones. Unlike Ichigo, she sees no use in fighting when it's pointless, and is perfectly willing to accept death if she sees no way out. She's also very selfless and just about always puts the good of her friends before her own, especially Ichigo's. However, her selflessness has been criticized by Ichigo as being excessive, as he believes she spends too much time worrying about her friends and not enough time worrying about herself.

Rukia Kuchiki was originally a Death God/Soul Reaper, a spirit appointed as one of the guardians of the afterlife. Rukia patrolled the Land of the Living for her Squad Captain Jushiro Ukitake hunting Hollows, soul devouring demons that were themselves corrupted souls. Rukia's job was to protect mortals put in danger by Hollows, save ghosts hunted as food by the Hollows and send both ghosts and Hollows to their respective afterlives when found. During one of her patrols Rukia was injured by a Hollow and could not fight it, and in the spur of the moment asked a psychic boy named Ichigo Kurosaki, who could see her and the Hollow clearly, to pick up her blade and stop the monster before it could kill him or the ghosts it was after. Upon picking up Rukia's blade Ichigo's psychic talents had an unforeseen reaction and transformed him into a Soul Reaper, absorbing the energy of Rukia's blade. The Hollows were defeated however as the blade was linked to Rukia's spirit energy absorbing it's power began robbing Rukia of her powers, with no apparent way to return them at first. Rukia stuck with Ichigo, in part to help him deal with his new powers and urge him to hold himself to the duties normally accompanied with such power but also to see if she could regain her power. When Rukia was convinced her powers were slowly fading permanently she began instead to see Ichigo as her replacement, one she felt obligated to train before she could no longer exist in the World of the Living at all.

Eventually Rukia is hunted down by her brother Byakuya Kuchiki and his Lieutenant and Rukia's old training partner, Renji Abarai. Though Ichigo tried to stop the abduction Rukia stopped him in an effort to spare him fro her brother's immense power and merciless resolve to follow order. Rukia was also aware she had broken Soul Society protocol by calling on a mortal to help her defeat a Hollow, let alone entrusting her spirit energy to one and expected to face disciplinary actions for her mistakes. In exchange for sparing Ichigo's life Rukia went with her hunters willingly. When Rukia arrived back at the Soul Society she faced disciplinary action as she expected, however what neither she nor any of her peers expected was that she was to be executed for her punishment. Upon finding out of Rukia's predicament from Rukia's contact, Kisuke Urahara, an exiled Death God, Ichigo decides to go into the Soul Society to save her. Ichigo's friends, Orihime Inoue, Yasutora "Chad" Sado and Uryu Ishida all join Ichigo and with Urahara's help travel to the Soul Society to retrieve Rukia before she can be executed. The entire arc is about the dust-up about created by the radical and seemingly unreasonable orders, as even the Captains themselves find themselves willing to fight each other over following orders versus doing the right thing. In their effort to save Rukia Ichigo and his friends end up fighting through waves of Soul Reapers, including many of the Death God Captains themselves.

Rukia is eventually saved when a scheme of one of the Captains named Sōsuke Aizen is exposed as trying to retrieve a great power hidden within her called the Hogyoku. It turns out the Hogyoku was hidden in Rukia's spirit when she was outfitted with a physical body by Urahara, who was exiled in the first place for (among other things) his work creating the Hogyoku. Hogyoku is revealed to be what triggered Orihime and Chad's powers and what was truely preventing Rukia from gaining her powers back. Rukia's execution was in fact an elaborate ruse by Aizen to extract it forcably from her body without compromising his true goals by making her death look like just a system oversight. Once Aizen was exposed though by Captain Retsu Unohana, he throws caution to the wind and just extracts the Hogyoku from her body using Kido to get it and flee the Soul Society before the weight of all his former allies came down on him. Rukia lives through the spell and can again regain her former powers with the Hogyoku gone but severely weakened by the Kido and unable to assist Ichigo in his confrontation with Aizen allowing Aizen to make his escape with the Hogyoku, though nowhere near as cleanly as he had originally planned. After the story-arc Rukia regains her powers and assists Ichigo as his liaison in his officially appointed title as "Substitute Soul Reaper".

Rukia is a skilled swords master, and considerably fast, however her sword skills and martial skills were considered sub-par to what was expected of her as a Kuchiki. Rukia's real talent was use of Kido (magic). Rukia has memorized several of the spells available to Soul Reapers. Each Kido has a corresponding number and incantation required for activating it, making it potent but impractical for most Soul Reapers to use, Rukia is one of the few who chose to specifically focus on training with it. Rukia's Kido requires time to use and a clear mind to recite but Rukia can usually use it with relative ease, however her dependance on it makes her attacks easier to react to than most, though rather devastating when someone is actually caught in it's wake. As a Soul Reaper Rukia has a sword linked to her inner-spiritual powers. The Shikai, a powerful release of her blade, is called Sode no Shirayuki, which unleashes waves of ice that will either freeze or shatter, if not both, all that stands before her. Late in the storyline after training with the Royal Guard, Rukia is able to tap into her sword' Bankai, Hakka no Togame, which produces an even stronger and larger radius of freezing power which affects her in addition to her target, however when lowering her body to Absolute Zero, Rukia effectively becomes ice herself, allowing her to manipulate her body mentally even while technically frozen, thus allowing her to function even while caught in her own frigid powers. 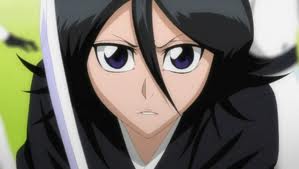 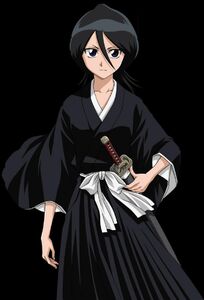 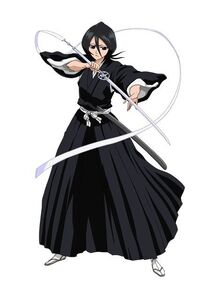 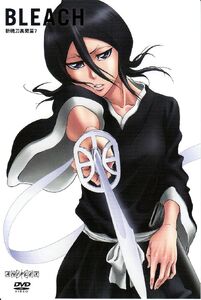 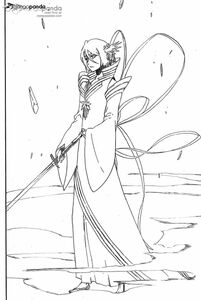 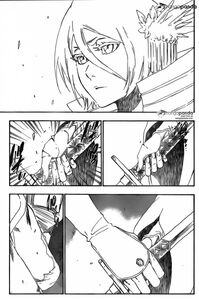 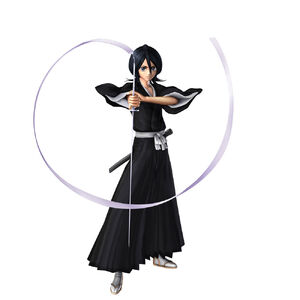 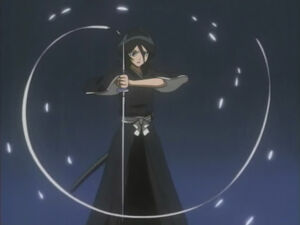 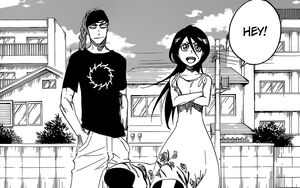 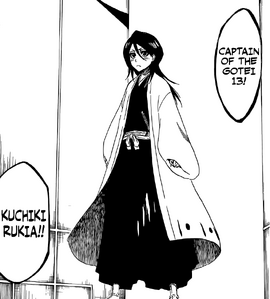 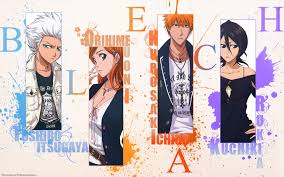 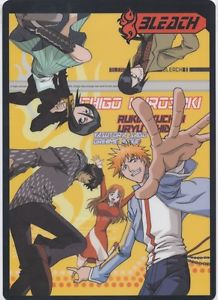 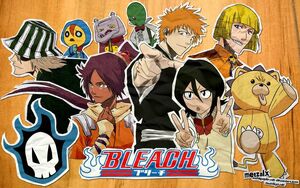 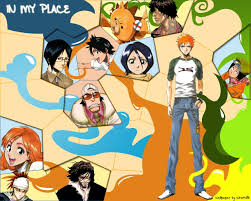 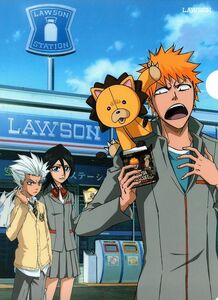 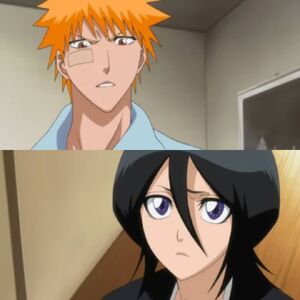 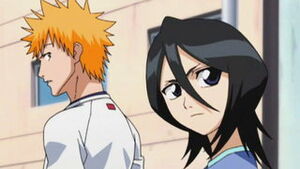 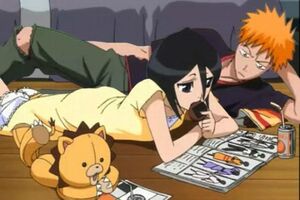 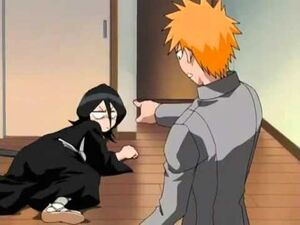 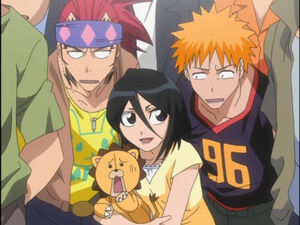 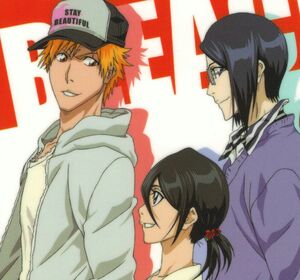 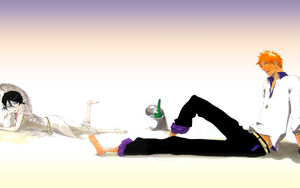 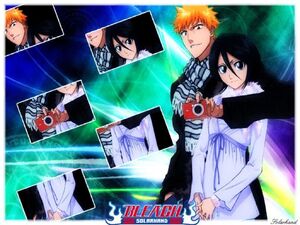 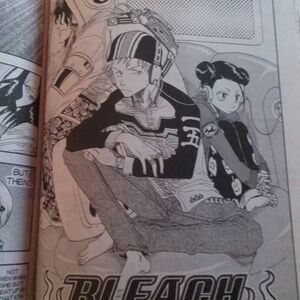 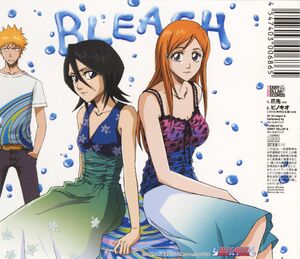 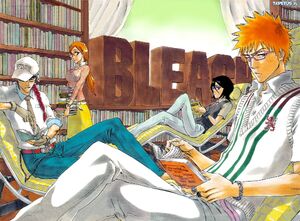 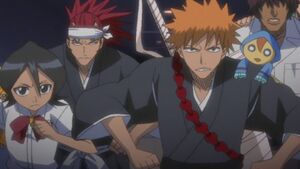 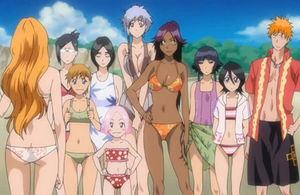 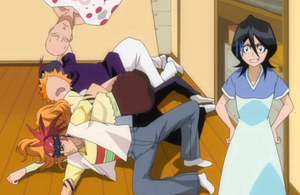 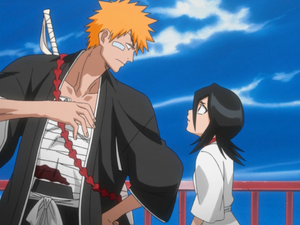 Retrieved from "https://hero.fandom.com/wiki/Rukia_Kuchiki?oldid=1833185"
Community content is available under CC-BY-SA unless otherwise noted.