Being with Sistine, Glenn and Re=L.

Bring down the Researchers of Divine Wisdom. (currently)

Meet her mother again after many years. (succeeded)

Ermiana El Kel Alzano, later renamed Rumia Tingel, is one of the two tritagonists of Akashic Records of Bastard Magic Instructor, including it's light novels, anime and manga. She is one of the daughters of Queen Alicia VII and the former second princess of the Alzano Empire. But later, she was renamed and taken in by the Fibel family after being saved by Glenn.

She was voiced by Yume Miyamoto in the Japanese version and Monica Rial in the English version of the anime.

Three years before the current events of the story, Rumia, whose real name is Ermiana, was the second princess of the Alzano Empire and was rumored to be dead. However, this was only a mere story that the subjects were told, but was banished for being a "supernatural". This was caused by her mother believing having powers would be unfit for a princess, which left her devastated.

After being banish from the empire, she was kidnapped, but was later saved by assassin named Glenn Radars at the request of her mother, Alicia. Glenn told the crying Rumia that he'll be always by her side which left her touched.

After being saved by Glenn, she is taken in by the Fibel family and took in the name "Rumia Tingel". It was also mentioned that she and sistine didn't get along but later started to care for one another as family and longer have any problems.

Rumia is simple minded, wise, and very caring for others, especially Sistine and treats everyone equally. During the magic competition, another competitor tries to push Rumia into quitting, however, she confidently stands her ground, showing she won't back down easily. She contrasts Sistine's personality and supports her, and easily can her down whenever she is angrily scolding Glenn. However, she has uneasy feelings whenever other girl is near Glenn, even getting into a fight with Sistine. She also sees Sistine, Celica and Eve as love rivals.

She has a bright blonde hair short to the shouders. She has aquamarine eyes and a green bow on the top if her head. She also wears two blue clip-ons on the right side of her head. She usually wears her school uniform. 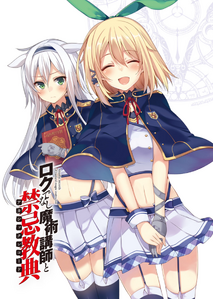 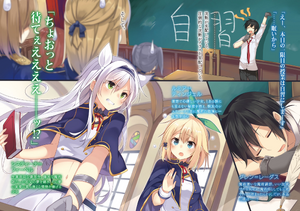 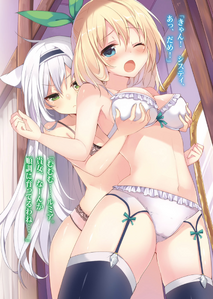 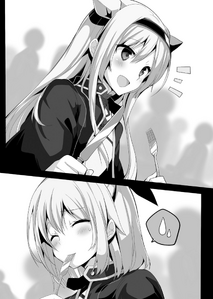 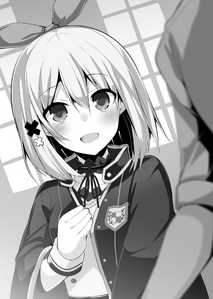 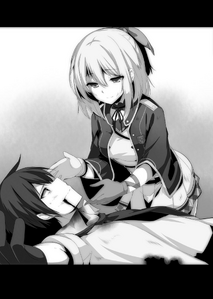 Add a photo to this gallery
Retrieved from "https://hero.fandom.com/wiki/Rumia_Tingel?oldid=1842824"
Community content is available under CC-BY-SA unless otherwise noted.