Runo's outfit in Bakugan Battle Brawlers is a yellow midriff shirt and a white skirt with a pink belt. She has maroon fingerless wrist gloves. She also has orange and white striped knee socks and brown shoes. Her hair is tied in two long pigtails.

In New Vestroia, Runo's outfit is a yellow shirt and white dress with pink designs. 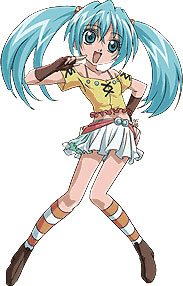 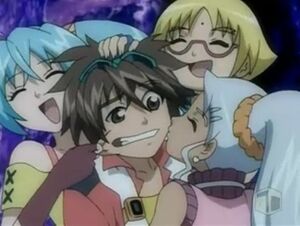 Retrieved from "https://hero.fandom.com/wiki/Runo_Misaki?oldid=2008602"
Community content is available under CC-BY-SA unless otherwise noted.